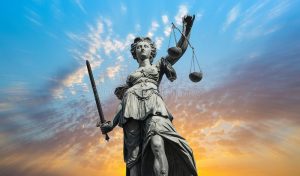 Sure, some of you are griping about our extended coverage on this, but so what? Go read something else if you don’t like it. We think it remains a compelling story. – ed.

Sam Haynes, the owner/skipper of Celestial, has now responded to an invitation to comment on coverage of the yacht’s IRC handicap issues following the recent Sydney-Hobart race. This is the entire, unedited text of Haynes’ written response:

“Celestial was weighed, with seven other IRC yachts in early December (after the Cabbage Tree Island Race).  The measurement process included weighing the bulb.  The yacht was inclined and her overhangs measured in the water.

Those words are carefully chosen and still leave considerable room for speculation. But it is important – and fair – that Haynes has had the opportunity to place his response on the record.

Meanwhile, the indefatigable Mr. Russell Beale in the UK is soldiering on with his requests to the RORC and Australian Sailing for a rating review of Celestial.

The RORC Rating Office declined his request on the basis that Beale did not have a “valid interest” in the matter. In response, he points out (in a second email) that as there is no definition of an “interested party” in the IRC Rules, he has the right to seek a review. Further, he wrote:

“I believe that the integrity of the sport is under threat and as part of the organisation that monitors the sport, I think there is an obligation to act, and to be seen to act.”

Australian Sailing is yet to answer Beale’s initial request, so he sent a second email reminding them of their obligations as the sport’s national authority:

“As Australian Sailing’s role is to administer the sport for the benefit of all, surely you have an obligation to uphold its integrity and values?

“So when there is a clear issue that impacts these values, such as the concern around the IRC rating of Celestial, it would seem that you have an obligation to assist in its resolution – whether this is to help administer a re-rating, or to ask the owner to have the boat re-measured, you surely should take action?”

Maybe the delay in extracting a response from Australian Sailing can be explained by the fact that they are also dealing with the application for a rating review of the S&S34 Crux. That process has now progressed to the stage where the applicant, Shane Kearns, has been asked to fill out a form.

However, Kearns was dismayed to discover that the process of an IRC review apparently amounts to little more than two panel members sitting down to go through the paperwork. It does not include a re-measure or re-weighing of the boat – two of the most fundamental factors that determine its rating. Here is the key introductory sentence from that IRC form:

“A rating review is therefore limited to inspection of the boat’s datafile for obvious errors, a check for completeness of information, and confirmation that Hull Factor has been correctly assessed using current methodology.”

Not surprisingly Kearns immediately fired back an email to Australian Sailing asking: “Are you sure this is the right form?”

if you build it

it's how we do