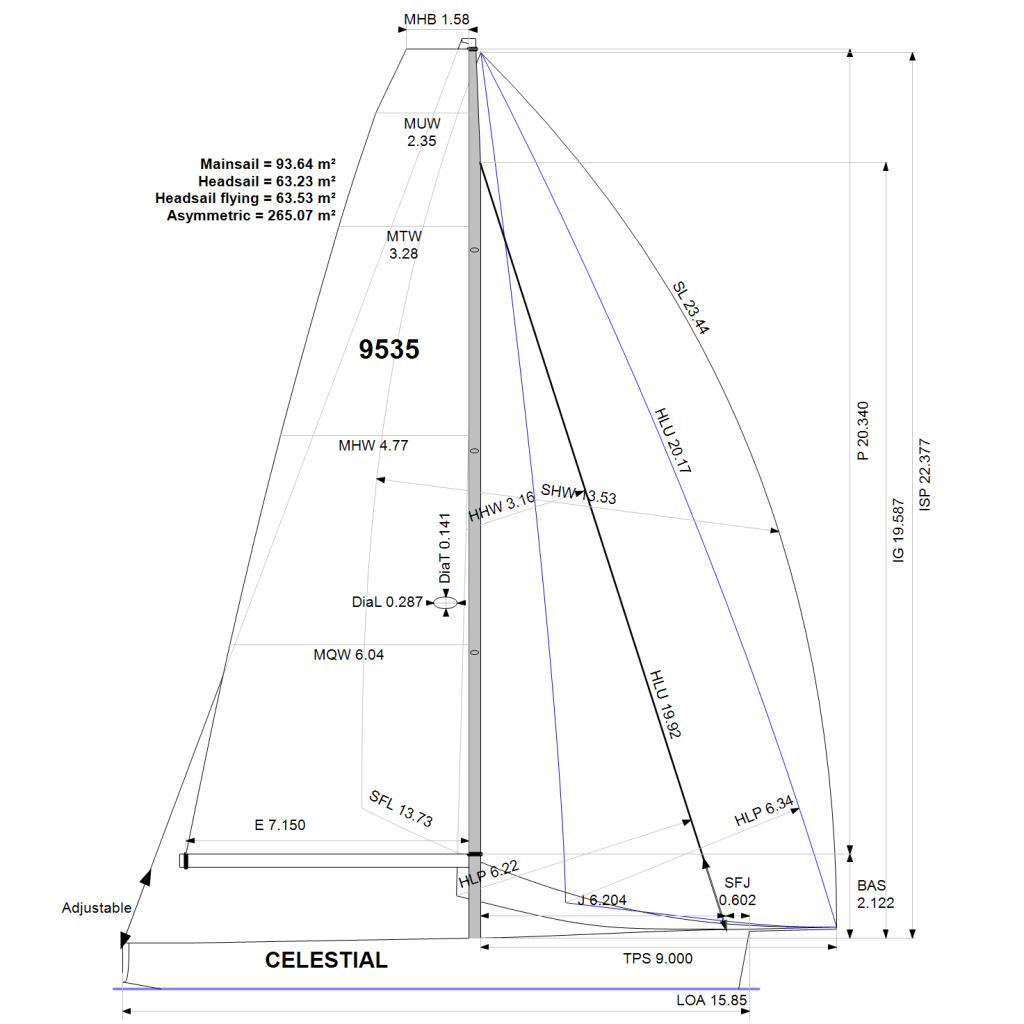 The Cruising Yacht Club of Australia is meticulous when it comes to ensuring the safety of boats and their crews.

To enter the Sydney-Hobart race each yacht must submit 22 separate forms and documents. Of these, the Category 1 Equipment Audit Form has 236 individual items alone. It’s exhaustive, covering everything from foghorns to the number of surgical gloves in the first aid kit.

But when it comes to a yacht’s handicap  – the most significant single factor in determining the outcome of the race – there’s just one form required: the Class Measurement and Rating Certificate.

Most clubs that run offshore events in Australia take this CYCA approach as their template. For safety, they insist on physically audited compliance, yet they accept the IRC and ORC rating certificates on trust, and at face value.

The process of deriving those ratings is less than transparent.

The raw data is first forwarded by the measurers to the owner. The owner then submits that information to the national authority, Australian Sailing. There, those numbers are “endorsed” (but not validated) before being passed on to the RORC or ORC for the rating to finally be calculated.

In my view, there are just too many opportunities for manipulation or errors to creep in along this loose and unnecessarily complex path of paperwork. And that’s where the real issue behind the Celestial saga lies.

That might work if the sport – like golf – had a traditional ethos of personal accountability. Pro golfers are sticklers for the rules and don’t hesitate to call penalties on themselves if they even suspect they might have infringed.

By contrast, the unresolved doubts over Celestial’s rating demonstrate that the system in sailing has flaws and loopholes that make self-regulation look more like no regulation at all.

Two of the other top three TP52 skippers in the recent Sydney-Hobart have expressed to me their concerns and dismay – but strictly ‘off the record’. The third retreated to a ‘the team has no comment’ position. The whole climate has become too volatile.

It’s understood that one owner wrote a long and detailed letter to the CYCA and Australian Sailing outlining his various questions relating to hull and sail measurements. Both organizations responded with assurances that they believe the data supplied by the owner was accurate and correct. They declined to investigate.

It is difficult to recall a more unpleasant and protracted episode in Australian yachting. The next regatta for the TP52 class is in March and already there are indications that some owners might choose not to enter.

We should, however, remember that the mechanics of setting a yacht’s handicap is not the responsibility of the Cruising Yacht Club, nor should it be. But protecting the integrity of the system undoubtedly is.

Otherwise, confidence in the sport – that it offers a fair and genuine contest – will be lost. Offshore racing would be seen as little more than a lawless jungle where the ‘ratings whisperers’ roam unchecked and rule benders prosper.

It is now more than three weeks since doubts over Celestial’s IRC rating were first raised. The unresolved issues and their aftermath continue to dominate dockside conversation.

So far, it seems Celestial’s owner has resisted informal suggestions that the most appropriate and conclusive way to settle the matter would be for him to have his yacht independently re-measured and re-rated. The RORC and Australian Sailing have both refused requests for a rating review under IRC Rule 9.2.

While doubt remains, disquiet and antagonisms will continue to fester.