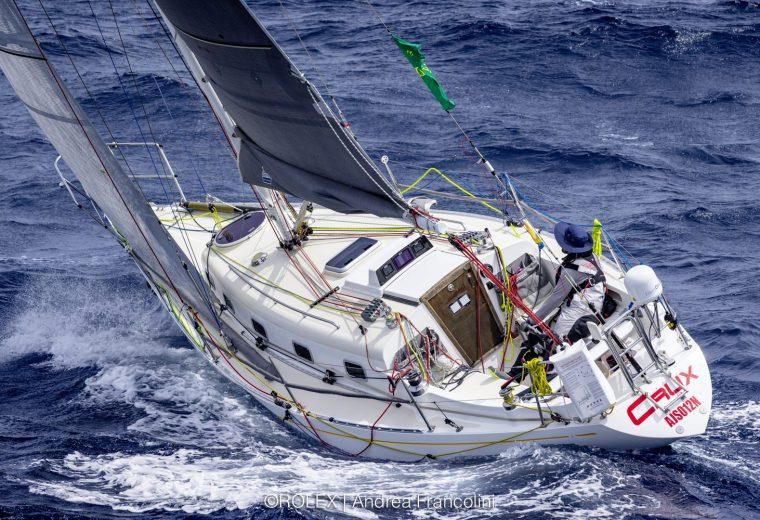 The post-Hobart rating ructions have not abated. It’s just that none of the key players – not the owners, the Cruising Yacht Club of Australia or the national authority – are yet prepared to take the next step.

And, as always seems to happen in such fraught situations, that vacuum of inaction has only served to heighten speculation and suspicion.

What seems clear, at least, is that the “illegal flying jib” issue has cooled. While there is still widespread disappointment that Celestial waited until after the presentation ceremony to retire from the ORCi division, the matter is no longer a source of conflict.

But that can’t be said for the questions over Celestial’s last-minute IRC re-rating.

Some of the other TP52 skippers are far from happy that these doubts about the boat’s new bulb and hull measurements remain unresolved. Three weeks after the Sydney-Hobart they are still waiting for answers, and fear the whole issue might just be swept under the carpet.

It is understood that when their concerns were first raised with CYCA Commodore Arthur Lane in Hobart he assured them he would have a face-to-face chat with Sam Haynes, the owner of Celestial. If that indeed happened, there’s been no announced outcome. The club remains mute on the whole matter.

The most common view is that the only fair, honourable and sporting way to settle any doubt is for Haynes to organize an independent re-measurement and re-rating of his own boat. Otherwise, the rumours and sour taste will persist – and the other owners might be forced to exercise their right to commence a joint request to the RORC for a rating review.

With the next Australian TP52 regatta scheduled for March – and run by the CYCA – the dockside banter between crews might not be as lighthearted as usual.

Meanwhile, it’s not just the TPs that are at loggerheads in Australia over apparent IRC anomalies. Down at the other end of the Sydney-Hobart fleet, there’s another dispute that will increase pressure on the whole measurement and rating process.

Shane Kearns, who skippered the well-performed S&S34 Azzurro, has written to the national authority, Australian Sailing, requesting the re-measurement of Crux, another optimized S&S34. (The boats finished very closely together on both IRC and ORCi.)

As with the doubts over Celestial’s rating, the point at issue is an apparent disconnect between changes to all-up boat weight, waterline length and overhangs.

In his application for a re-measure, Kearns wrote: “I believe both of Crux’s current certificates contain incorrect figures that give a more favourable rating than what they should be.”

He provided figures to show that while the boat’s weight went up at the most recent measurement by 181 kilos its waterline was somehow shorter by 8cm and the DLR (Displacement/Length Ratio) increased by 23.

On a broader front, these unresolved issues reflect poorly on the whole regime of measurement and ratings in the sport of offshore racing in Australia. Confidence in the integrity of any system is always undermined by uncertainty and doubt.

And, sitting in their Geneva offices, the head honchos of Sydney-Hobart race sponsor Rolex would not be impressed by the delay in resolving this saga. They might recall Act 1, Scene VII of Shakespeare’s drama Macbeth: “If it were done when ’tis done, then ’twere well it were done quickly.”

Jump in the thread here.  Title inspiration thanks to this song from the brilliant album “The Crux of the Biscuit” by Frank Zappa.