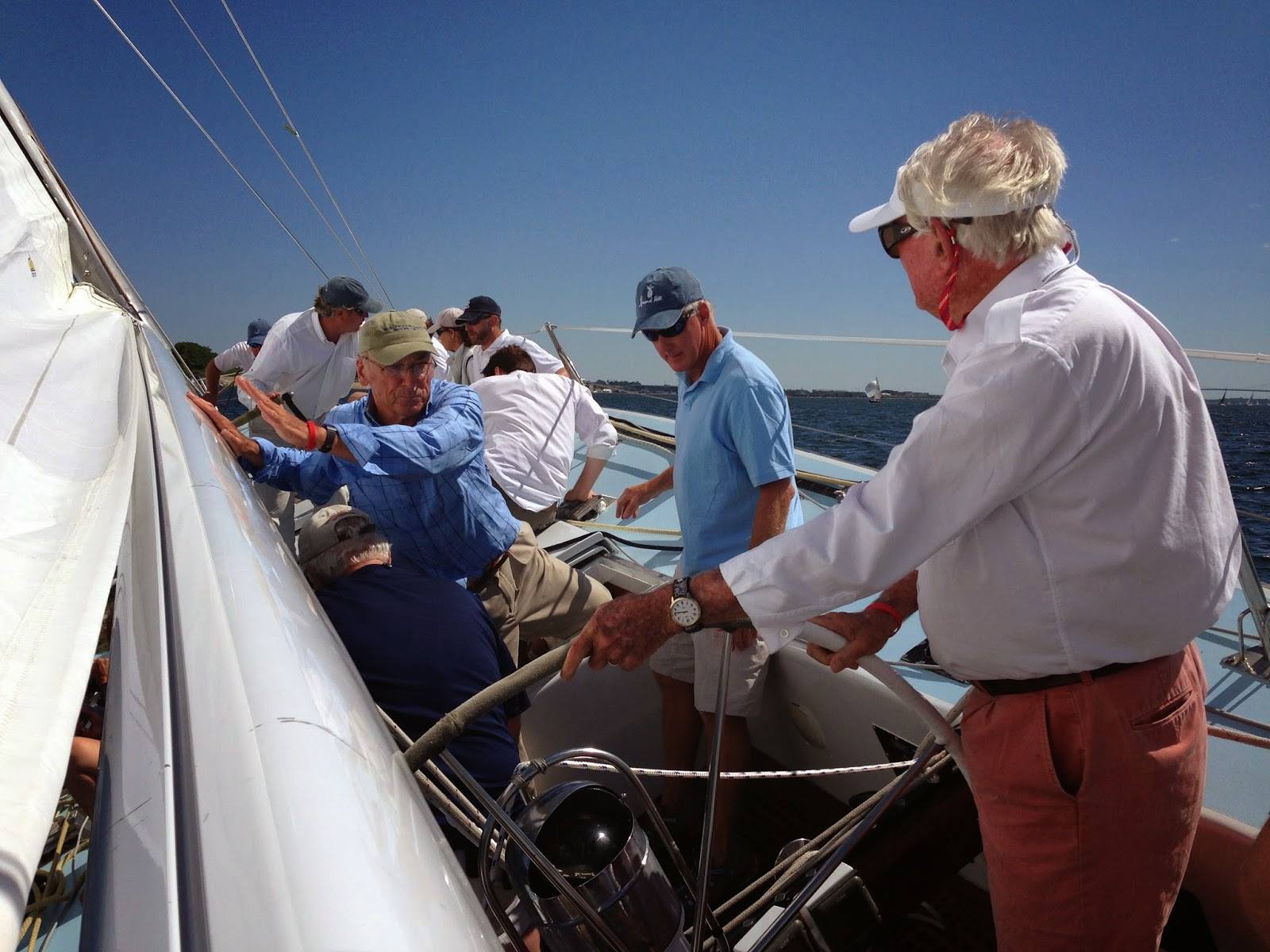 Charley Morgan is the only person to ever single-handedly design, build, and skipper his own 12 Meter in the America’s Cup. Prior to and since Charley’s 1970 Cup attempt, all campaigns were made by large syndicates. He even sailed the boat on its own bottom from St. Petersburg, Florida to Newport, Rhode Island to compete in the 1970 America’s Cup Defender Trials.

Charley was born in Chicago in 1929 but grew up in Tampa. He was a boy when his uncle took him sailing on Lake Conway near a sleepy town called Orlando. At 10 he built his first sailboat out of discarded orange crates and sackcloth.

Professionally built sailboats were a rare sight during the World War II era in Tampa Bay. He never saw more than eight at once. Sometimes he got a loaner and sailed to St. Petersburg. At 19 his confident parents let him sail on a boat called the RED BIRD — to Havana.

Morgan attended the University of Tampa and took a job with Johnson sails. In 1952 he founded Morgan Racing Sails in Tampa, FL. While making sails Morgan met yacht designer George Luzier, who got him interested in designing boats. Morgan built the yacht BRISOTE and completed a St. Petersburg, Florida to Havana, Cuba race with Bruce Bidwell.

In 1957, Morgan, along with Charlie Hunt, designed and built BRISOTE, a 31 foot plywood yawl. After successfully appealing disqualification due to a lack of engine, he entered the Havana race and took second in BRISOYE’s division. In 1960 Jack Powell commissioned Morgan to build the 40 foot centerboard fiberglass yawl PAPER TIGER. The famously successful PAPER TIGER won the SORC Southern Ocean Racing Conference in 1961 and 1962. Because of that triumph, his prior success building racing sails, and a newly developed relationship with legendary yacht designer Olin Stephens; Morgan Racing Sails received an order to build some sails in 1962 for the Stephens-designed Americas’s Cup defender Columbia.