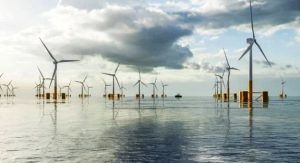 Bidding commenced this morning, December 6, for the U.S. first offshore wind energy leases on the Pacific Coast. The Bureau of Ocean Energy Management is overseeing the online auction, reporting that it is receiving strong bidding. After 20 rounds, the auction was recessed and is due to resume tomorrow, December 7, at 10 a.m. eastern time.

The U.S. predicted that there would be strong interest in the leases. Before today’s auction began, BOEM reported that a total of 43 organizations had been qualified to participate as bidders. The list includes companies developing U.S. East Coast wind farms, including Avangrid, Equinor, and Orsted, as well as smaller developers from California. Read on.