The recent report in SA on the re-emergence of Wild Oats XI after a two-year Covid hibernation has brought out all the gawking rubber-neckers. The supermaxi is always a sentimental favorite for the Sydney-Hobart Race and the local offshore sailing fans love to eyeball the boat searching for the latest changes.

To recap, here’s how WOXI looked in her original state more than a decade ago: 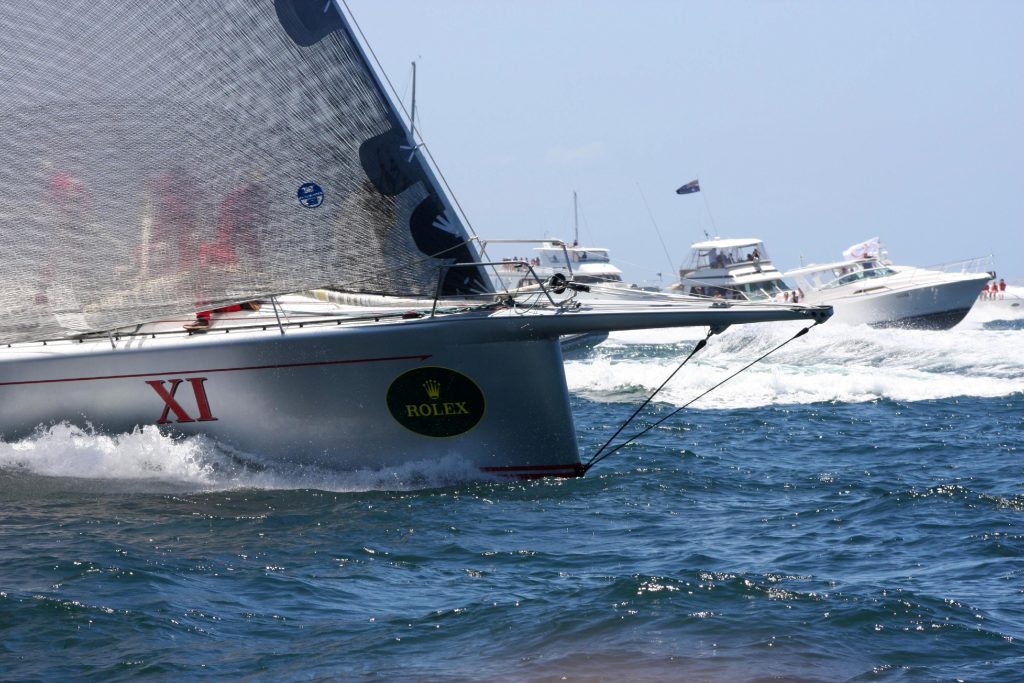 Back then the forestay terminated just aft of the plumb stem and the pulpit sat in a conventional position at the limit of the boat’s maximum 100-foot LOA allowed under the eligibility rule. The headsail was soft-hanked to the forestay.

Then, in late 2016, a re-configured Wild Oats XI emerged after a major re-build: 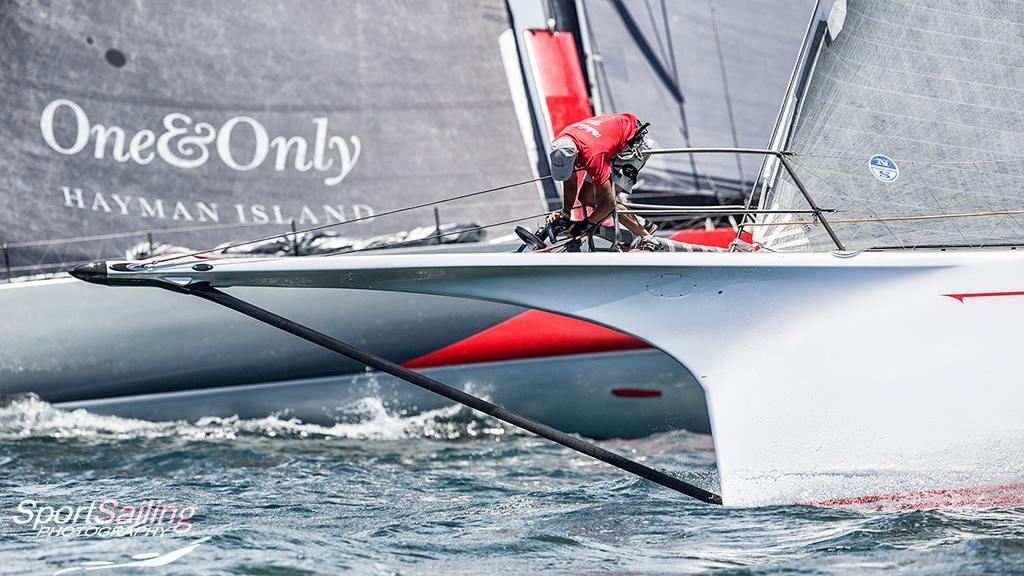 Now, the boat had a clipper bow and the pulpit was re-positioned well forward of the point where an imaginary vertical line from the stem would meet the deck. The forestay remained in its original relative position.

At the time there was plenty of dockside agitation from other competitors over those changes. Many believed the new bow and pulpit broke the 100-foot LOA maximum.

They argued that the curved clipper bow was integral to the hull and therefore not part of a bowsprit (which, by definition, should be an actual spar). Further, they pointed out that the forward stanchions of the pulpit must establish one end of the “working deck” area, which would clearly now be longer than the 100-foot limit.

This year the bow configuration of Wild Oats XI has been modified yet again: 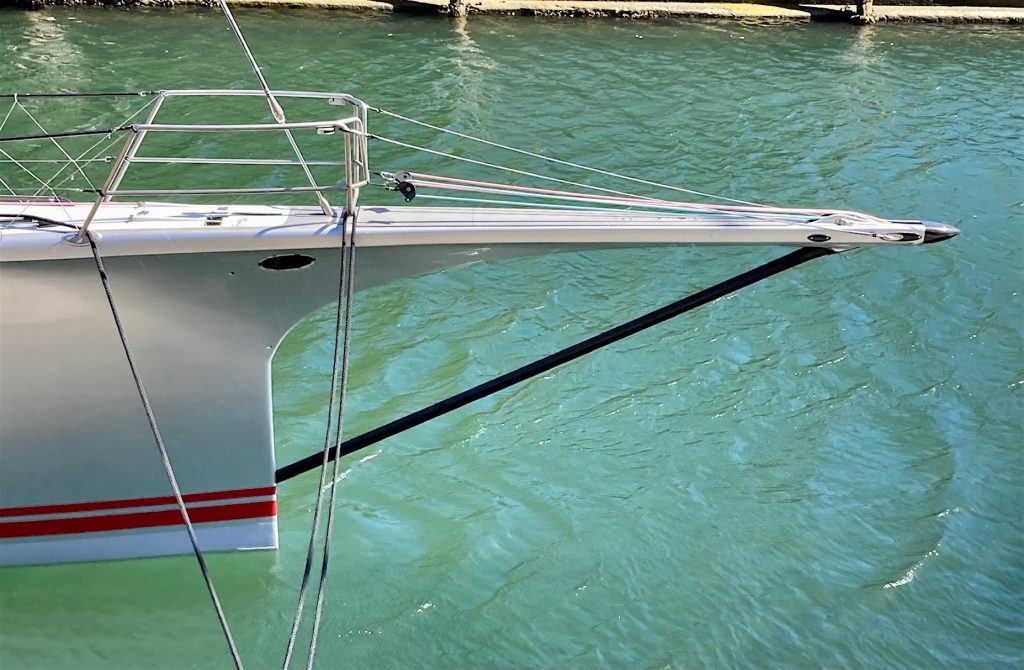 Spot the difference? The forestay now terminates beyond that imaginary point where an extension of the stem line would meet the deck at the 100-foot LOA limit.

As it happens, that forestay is probably only there to help keep the mast up. Most supermaxis now have their jibs and staysails on furlers set further back, and tensioned by hydraulic rams.

Meanwhile, the rules nerds will remind us that, for the boat’s IRC rating, the “J” (foretriangle base) is measured from the mast to where the forestay meets the deck (or bowsprit), not to the tack connection point of the largest headsail.