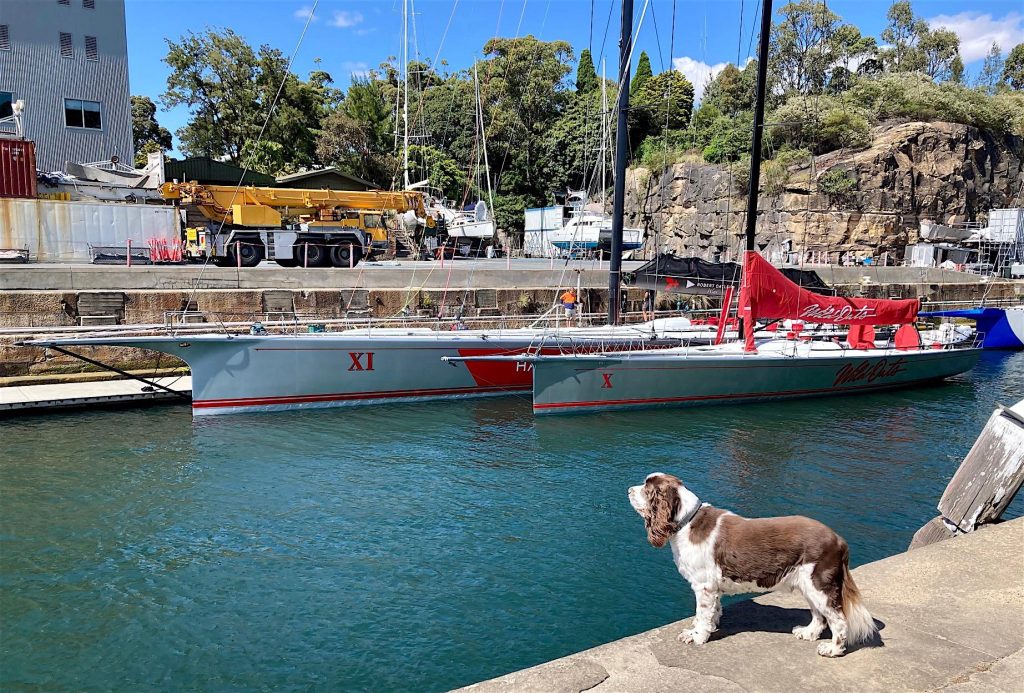 A rare sight in Sydney last week – the two Reichel/Pugh Wild Oats offshore racers side-by-side like a humpback whale and her calf.

Actually, the mother is smaller than the child. The 66-foot Wild Oats X was launched in 2004 for an Admiral’s Cup campaign. The all-conquering 100-foot supermaxi Wild Oats XI – which has been much modified – was launched just a year later in 2005.

The Oatley family continues to keep both yachts in immaculate condition and their distinctive silver-and-red livery hasn’t changed for 18 years.

The big boat is back in the water after an extended Covid hiatus and will compete for line honours in next month’s Sydney-Hobart race against Black Jack, LawConnect and andooComanche.

The 66-footer has a distinguished offshore record but these days tends to be used more for day sailing.   Helluva daysailor, eh?