oh no, they said bad words! 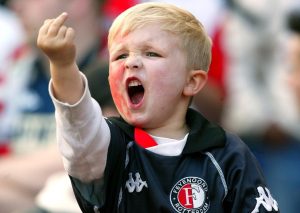 Oh Big Fucking Deal.  Has anyone been in any serious competition, in virtually any sport, where “course language” (we think they meant “coarse” – ed) isn’t used?  In this case, it was directed at race umpires. So what? Those guys make awful calls all the time, and in the heat of the moment, f-bombs (and many variations thereof), et al. are dropped. Waaa!

SailGP officials are under pressure to come down hard on verbal abuse after furious Canada driver Phil Robertson was hit with a professional foul for teeing off at the umpires over a penalty call.

On a day that tested the patience of world sailing’s superstars due to the whisper light winds that made it at times impossible to get the boats up on their foils, both Robertson and Australia driver Tom Slingsby had smoke coming out of their ears due to the way the three races were umpired. More here.