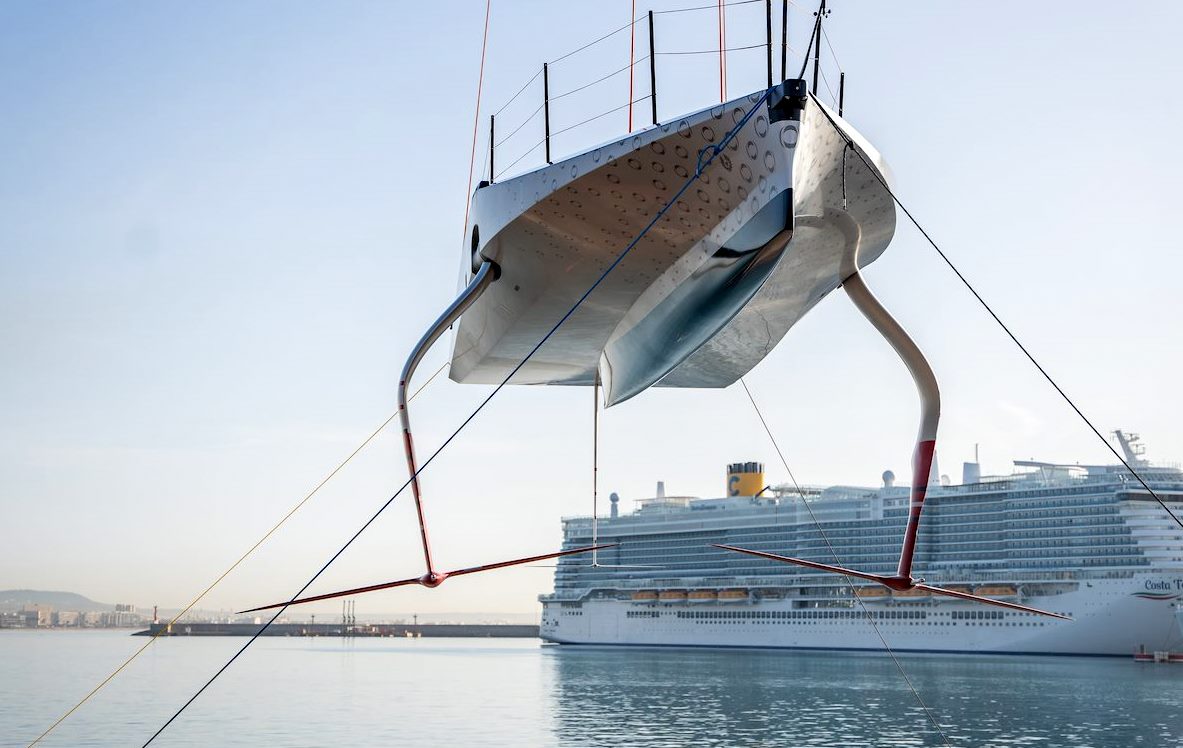 We quite like the design work of Thomas Tison, and are happy to hear of his AC involvement. He sent out a pr release  saying “Having been part of the design team of INEOS Britannia for more than a year, I am delighted to announce the code-named ‘T6’ test boat done in partnership between INEOS Britannia and Mercedes-AMG F1 Applied Science was revealed earlier this week.”

With all of Mercedes Benz’ pr about ‘sustainability’ and ‘social responsibility, it is stunning that they have glued themselves to a god damn fracking company.

Yes, as F1 geeks, we know all bout the money that Ineos throws at MB, but can’t they find a better, ‘socially responsible partner that aligns with their stated positions, like, I don’t know, maybe a Green Energy company??

This applies equally to Ineos Britannia, who constantly bray about how environmentally responsible they are, and yet, once again, they greedily sucking at the Ineos teat. No one else seems to give a fuck about this, but we do, and always will. – ed.

when he grows up…