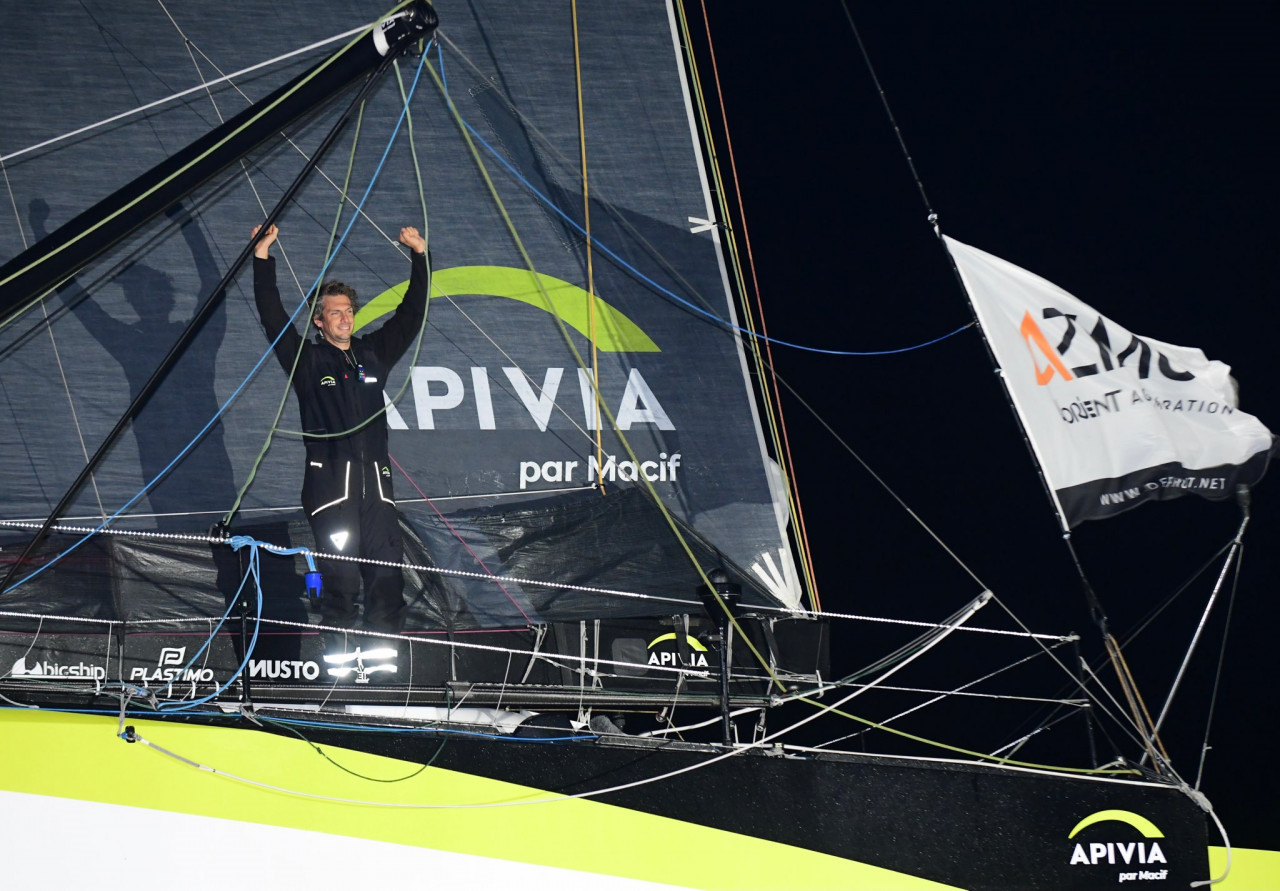 As expected, the Verdier plan pointed its spatulate bow towards the moored line off the tip of Talud just before sunrise this morning. In a light breeze from the North, Charlie Dalin won the long ascent of nearly 200 miles from Waypoint 2, which he had passed in the lead yesterday at 9.45am. A crucial point in the race since after having gained a lead of around ten miles during the furious descent of the Bay of Biscay in the night from Thursday to Friday, Apivia had seen his immediate pursuers swoop down on him. Charal and LinkedOut were then pointing less than 3 miles from her transom, as if for a new start.

But Charlie Dalin did not lose his cool and never gave up the lead in the race, which he took an hour after the start from Lorient on Thursday. Controlling the fleet tack after tack, Apivia widened its lead again at a pace where we know it has been untouchable since the start of the season. Charlie therefore wins the 48 Hours Azimut hands down, after a navigation full of control and determination.

A good (or really bad) message sent to the competition six weeks before the start of the Route du Rhum.