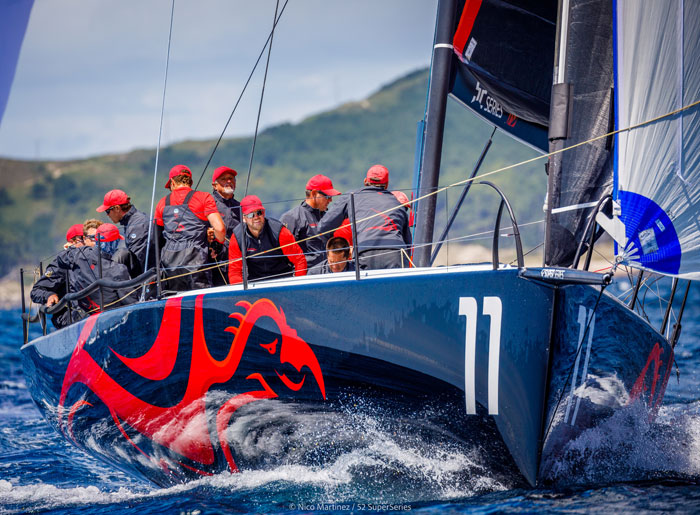 Four years in the making, or five if you count an introductory toe-in- the water 2017 season during which the Plattners’ first TP52 Phoenix raced the IRC Europeans and the Copa del Rey, and so Phoenix  winning Puerto Portals 52 Super Series Sailing Week on the Bay of Palma was getting to feel overdue. So too seeing Sled second – with owner-driver Mr. Okura steering after missing all of last season – and Ergin Imre’s Provezza taking the third step. Portals certainly delivered plenty of good cheer and smiling faces.

Provezza has had a tough season so far, starting with enforced last-minute crew changes in Baiona due to health issues and a forestay fitting failure which meant missing several races. Then in Cascais, their mood remained overcast with bright spells; but the confidence and speed were all back on the Bay of Palma.