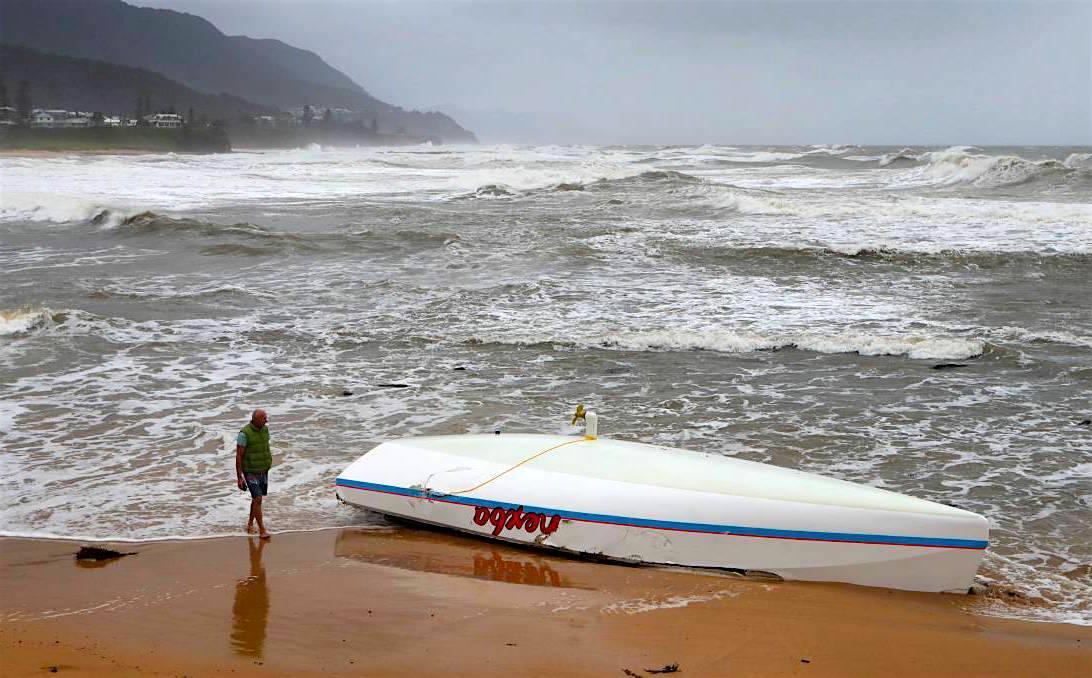 It is now two months since the capsize of the Farr X2 Nexba off the New South Wales coast, yet we still have no independent account of what really happened.

Only the basic outline of the incident is on the record. At about 01:00 on July 3 the keel fell off the brand new 30-footer causing it to immediately flip upside down. The two crew, who had been trying to complete their qualifying sail for a coming offshore race, scrambled onto the inverted hull.

The boat EPIRB was not activated. One of the crew PLBs was accessible but damaged during activation and did not function correctly. No flares were sighted. There was no distress call received on the emergency VHF Channel 16. After twelve hours spent in worsening conditions one of the crew was apparently able to send a message via her Apple Watch to raise the alarm. (In a parallel version of these events next-of-kin ashore realized the boat was well overdue and contacted the authorities.)

The Australian Maritime Safety Authority (AMSA) then instituted a full-scale search and rescue operation with aircraft on standby. A passing ship luckily spotted the upturned hull and relayed its coordinates. Three hours later the two sailors were finally rescued by HMAS Brisbane, an air warfare destroyer of the Australian Navy.

The next day the hull, with its rig and deck ripped off, washed ashore on a beach about 50 miles South of Sydney. It was quickly craned onto a truck and taken away.

In the hours directly following the incident a number of statements were released to the media – from the local Farr agent, the Navy and the Nexba crew. But all requests to interview the two sailors were politely declined. We were advised that, as there were now to be formal inquiries held into this “occurrence”, no public comment was appropriate until those various investigations had concluded.

Initially, the sport’s national governing body, Australian Sailing, announced what appeared to be a joint investigation with Nexba’s home club, the Royal Prince Alfred Yacht Club (RPAYC). Later it became clear that it was the club alone that would conduct this inquiry. Australian Sailing has only committed to distribute the findings and consider any recommendations.

But surely AMSA, as the national maritime safety authority, would be obliged to conduct its own independent investigation? Likewise New South Wales Maritime, the state government body responsible for the regulation of recreational boating?

Nope. Neither body has indicated that they intend to inquire into the capsize. Presumably, both are awaiting the findings of the RPAYC inquiry (which are not expected until November at the earliest). It seems that only then will they decide whether to investigate further or to act on any of its recommendations.

* Why did the keel fall off a brand new yacht?

* Why did it take twelve hours for the alarm to be raised?

Those are the issues that most concern the local offshore community. But they may be waiting some time before any substantial answers emerge.

It seems curious that the whole task of establishing the facts of what happened in such a critical incident has been entrusted to just one body: the home club of the crew and their boat. That surely stretches the meaning of the word “independent”.

Even stranger is that the RPAYC has, so far, declined to release the Terms of Reference of its inquiry, or even the names of the panel members who are conducting the investigation. Nor do we know whom they have, or will, interview to gather evidence.

This is a highly sensitive matter with significant commercial implications for Farr and the X2 builder in Singapore. Irrespective of whether the keel failure on Nexba resulted from design flaws, faulty manufacture or incorrect assembly – or a combination of all three – the prospect of serious reputational damage is daunting.

Meanwhile, the local agent for Farr in Australia isn’t waiting for any official findings. He has already confirmed that, for the next X2 boats, “the method of holding the keel on has gone back to a very conventional, structurally sound, traditional boat-building method.

“The keels on the boats still to be delivered have hydraulic pull tests on the keel bolts and there is a way of fastening the bolts so they are unable come undone.”