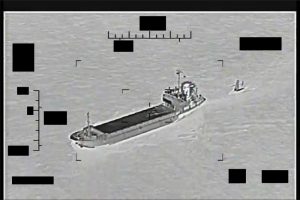 The actions taken by U.S. naval forces in response resulted in the IRGCN vessel disconnecting the towing line to the USV and departing the area approximately four hours later. The U.S. Navy resumed operations without further incident. More here.

Title inspiration thanks to The Simpsons.