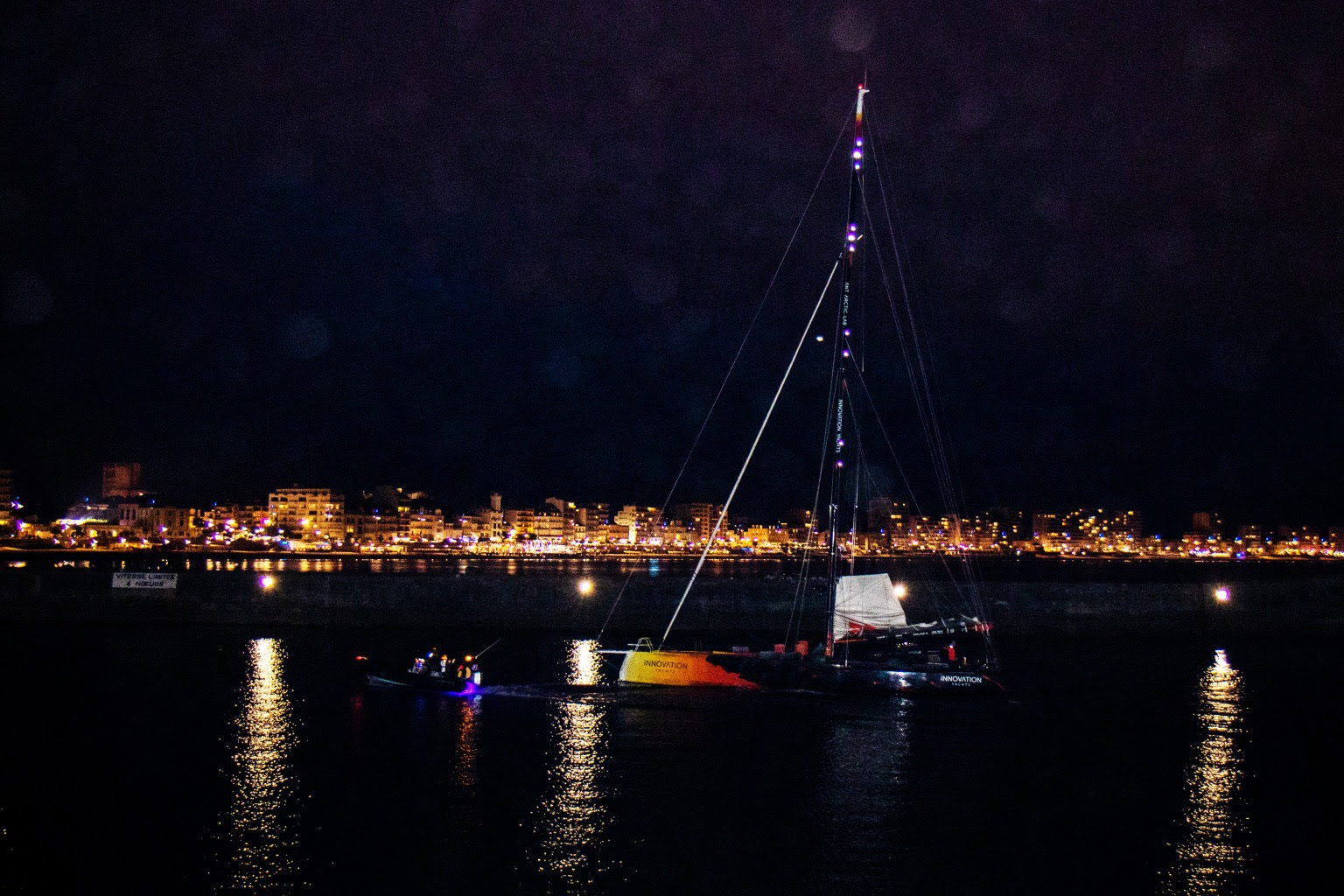 We’ve been reading about this boat/effort for a few years now, and it seems they just can’t seem to make it happen…

Our sincere apology for the few days of silence. After I returned to Les Sables d’Olonne last Friday night (19th August), my team and I tried to find clear facts about the aluminum flanges on the steering system of our Innovation Yachts Open60AAL which started to crack and forced me to stop the ANT ARCTIC LAB world record attempt for the fourth time. You can believe me when I say that it was not an easy decision and I did it under tears!

Now finally it looks like the situation is a summary of small problems like microcracks and electrolyse since my second departure in 2019, when I broke the forestay in south of Ireland. As this happened, the J1 came unclear and hit the rudder blades so hard that the safety lines were broken. In this situation, I was able to solve the rudder problem on board. However, as I lost the J1 and parts of the rigg including one furling system, I had to sail back to Les Sables d’Olonne.

Of course, my team and I have checked it out especially the rudder parts very detailed before the next departure. In 2021, during the third attempt, there were no problems with mechanical parts but unfortunately, some heavy electrical problems in the east of the Island forced me to turn around.

For this departure in 2022 the electrical problems were sorted out and everything on board was working perfectly. But in the second night at sea, I had some stormy weather and the short waves in the English Channel were quite ruff. Unluckily, in that night one central rudder flange got visible cracks and started to move uncontrolled. More here. Photo ©Siegfried Becker.

Title inspiration thanks to Adam and the Ants.

is there anything better?