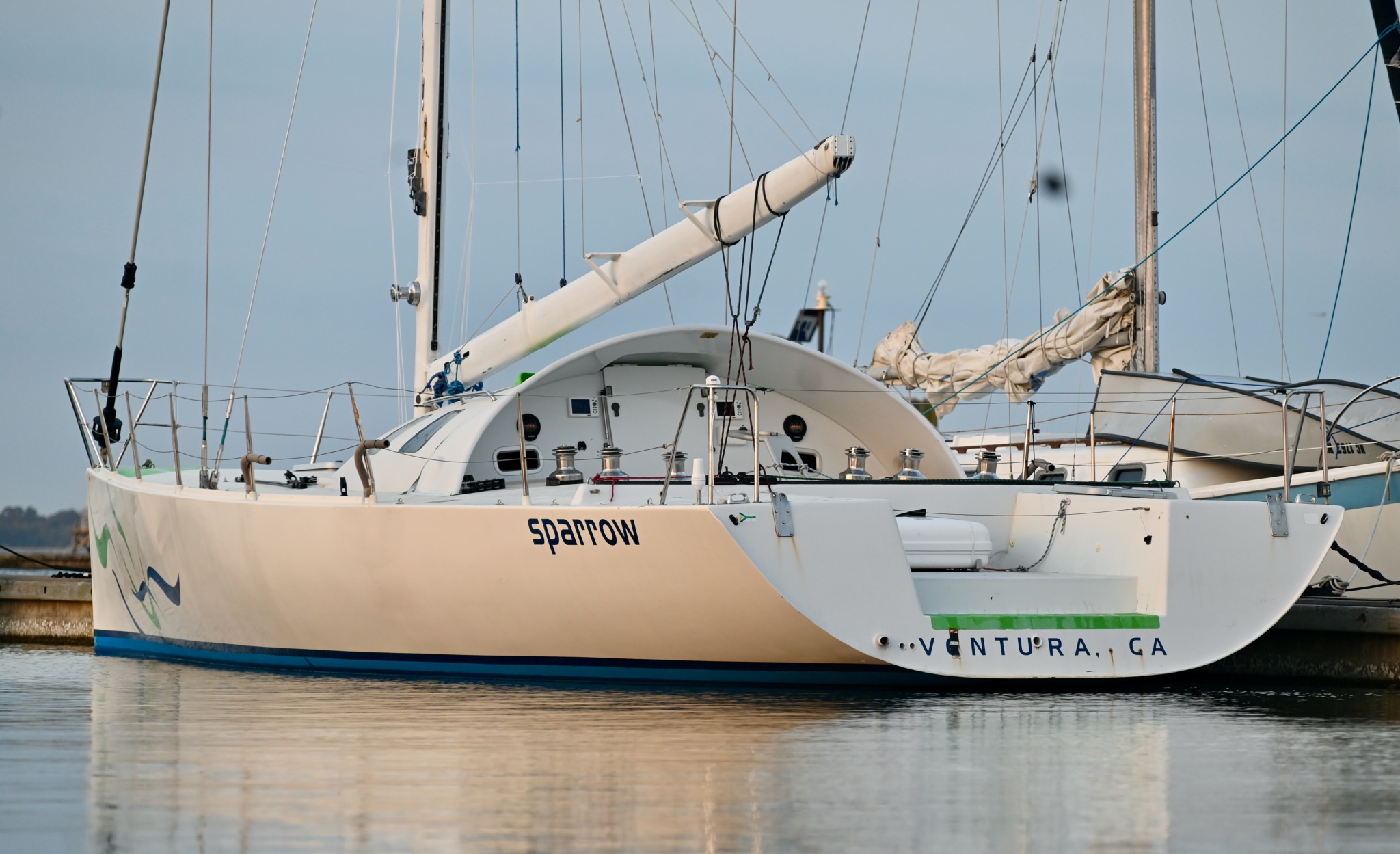 “Would you want to take my Open 50 and race it around the world, non-stop and solo next year?”. That was the question that was being asked of me. Without hesitation, I agreed. When the phone call came, I was working as the Media Director for the Pacific Cup Yacht Race in Hawaii. I was on a Day 17 of a 23 day media push, which was immediately followed by a 16-day delivery back across the Pacific as the delivery captain of the Santa Cruz 52 ‘City Lights’. While at sea, I had countless hours to ponder life and plan out exactly how I was going to make this program work so that I could hit the ground running.

Three days after sailing under the Golden Gate and reaching terra firma, I’ve got an LLC being formed, a web developer hired, a sailing crew hired, a media guy and some plane tickets to Maine. I’ve cobbled together some used TP52 kites to supplement our downwind inventory and pulled the trigger on a couple of final preparation projects at the yard.

We are already aligned with the Veteran’s sailing non-profit US Patriot Sailing and have a tax-deductible means of accepting campaign contributions. I started a GoFund Me account to raise some seed money and we have raised more than $13,000 in less than a day. Not bad for a few days of work. We have a boat, a fundraising and sailing team apparatus taking shape and a bit of cash to get off the dock. But the real work starts now.

In September of 2023, I’ll be taking part in the inaugural edition of the Global Solo Challenge race out of Spain. I’ll be sailing on an older Open 50 named ‘Sparrow’ and sailing under the colors of the Hawaii Yacht Club. Sparrow is a good, strong boat with a solid pedigree. She has sailed around the world twice in the Around Alone race and was raced doublehanded to Hawaii as part of Philippe Kahn’s ‘Pegasus’ stable. More recently, she has voyaged 17,000 miles solo from California to Maine via Cape Horn with her current owner. She is currently lying in Portland, Maine at the Maine Yacht Center where I will begin sailing her in about a weeks’ time. When I go, I’m rocking up with another pro sailor and a media guy so that we can effectively doublehand the boat and have high-quality media content of us smashing around from Day 1. I’m also bringing a couple of TP52 kites and spinnaker socks, as well as a few other goodies to supplement one of the boats’ most obvious weaknesses – a sail inventory that needs replacing and is light on downwind sails.

Around September 1, we plan to be launching a professionally built website with professional imagery and content, a full business plan and sponsorship package and a lot of promotional and fundraising material. By September 15, we will begin sailing down the east coast going from deep-draft yacht club to deef-draft yacht club. Once there, we aim to conduct a fundraising speaking gig at the club and then base ourselves there for a few days to take as many people sailing as we possibly can. Veterans, junior sailors, donors, yacht club members, school groups, disabled people, at-risk youth; everybody.

One of our biggest campaign goals will be to expose as many people as possible to this type of sailing and this type of race. We hope to make as big of a splash as we can in local and national media and truly connect with the American public while promoting our core values of Veteran’s sailing, environmental conservation and increasing diversity in sailing. The campaign will continue rolling south through the winter until taking on races such as the Caribbean 600 and others before we head back north to Maine to make final preparations to sail solo to the start in Spain, sometime next summer.

This is my shot to run a good solo around the world campaign and we are systematically trying to tick the boxes that will get us to the start line, the finish line and hopefully the Vendée Globe one day. The campaign isn’t even officially launched yet, but as we raise seed money to begin operating on August 22, you can make a charitable donation to US Patriot Sailing here, and you can visit the GoFund Me account here. We are pushing hard to hit this $25,000 number in the next few days, which has us fully funded to sharpen our harpoon and track down the right partners that can help us reach our campaign fundraising goals.

Mahalo to everyone and if you’re on the east coast or don’t mind flying there, then hit me up! Email at [email protected] We want to take as many people sailing as possible and grow our support base from the inside out.