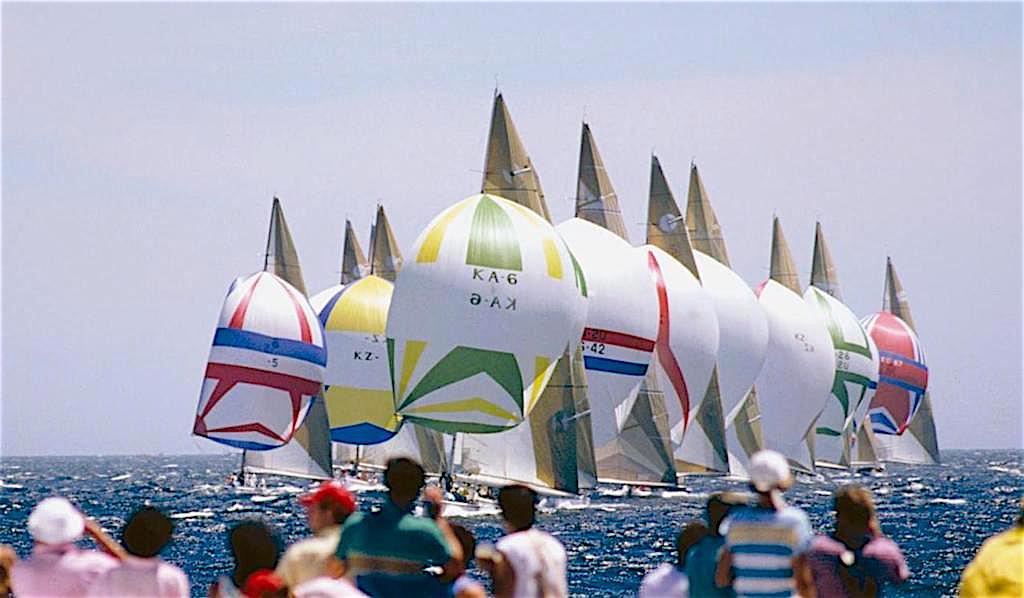 It is time to speak the unspeakable.

The cohort of sailors, designers, engineers, builders and assorted hangers-on who have made the America’s Cup their lucrative private honey-pot, have lost the plot.

They are so myopically focused on their own ambitions that none have apparently paused to consider the destructive impact their actions are having on the most revered event in the sport of sailing.

Let us count the ways.

The current Defenders and Challengers of Record treat the Deed of Gift as little more than a doormat on which to wipe their boat shoes as they scurry towards the promise of sponsorship millions. The clubs tag along behind, meek and happy for their names to be used in return for invitations so their flag officers can preen themselves at the AC parties and presentations.

Here’s a reminder of what used to be considered a fundamental principle of the America’s Cup DoG: “This Cup is donated upon the condition that it shall be preserved as a perpetual Challenge Cup for friendly competition between foreign countries.”

Note “countries”, not “corporations”. For decades now the Cup has been in the hands of multinational conglomerates. The boats and sails are plastered with product names and logos. Even the sailors have to compete in branded clothing (and helmets).

Skippers and their crews are recruited from anywhere, many adopting dual citizenship so they can jump ship from one syndicate to another if the money is better. Nationality – “foreign countries” – means nothing.

The Defender sells hosting rights for the next challenge series to whichever city in the world is prepared to pay most for the privilege, even if they have no connection to any of the participating teams. Barcelona? It’s like playing the Superbowl in Vladivostok.

Mind you, there’s one paragraph in the current Deed of Gift that has made all the recent and grotesque distortions of the America’s Cup possible. It says:“The Club challenging for the Cup and the Club holding the same may, by mutual consent, make any arrangement satisfactory to both as to the dates, courses, number of trials, rules and sailing regulations, and any and all other conditions of the match…”

As loopholes go, that’s about the size of the Mariana Trench.

It allows the Defender and CoR to dream up any rules they think might benefit them, or hamper the other syndicates. They have imposed so many conditions on the 2024 series (and keep changing them at will) that the actual racing seems like an afterthought. No wonder the ordinary sailing fan has lost interest.

Try a few of these latest rule changes on for size:

*  America’s Cup teams are not permitted to start sailing until the middle of next month (but there’s an exception for Alinghi and any new or as yet unannounced Challengers). Practice sailing is confined to strictly limited periods.

*  In Barcelona, teams are forbidden from conducting their own observations of other syndicates beyond that provided by the “Joint Recon Program”. This includes a ban on the use of cameras and any digital recording equipment. How such an unworkable prohibition can be enforced is not explained.

*  The Protocol has been amended, yet again, to require each team to acquire at least one hydrogen-powered chase boat. (Previously they had to have two of these HSVs.) It is difficult to accept the notion that this is still meant as a carbon-reduction initiative when every syndicate is also allowed to run up to four gas-guzzling “fossil fuel” chase boats in the same racing area at the same time.

There is a host of other tiresomely pedantic conditions and restrictions that have been added, modified or deleted entirely. It would not be surprising if the syndicates now all employ an Executive Vice-President in Charge of Fine Print.

We have come a long way from the days when America’s Cup boats were designed and built to a simple rule, crewed by enthusiasts from one country, nobody imposed conditions on practice sailing and the contest was a straightforward best-of-seven-race regatta.

So, hats off to all those schemers and disrupters who, with their toxic combination of ego and avarice, have taken what was the sport’s greatest event and ruined it, probably forever.

What a splendid legacy.

head case We like this onboard head cam vid. If only he’d focus more on the cute chick…1 Thanks to Anarchist Mark