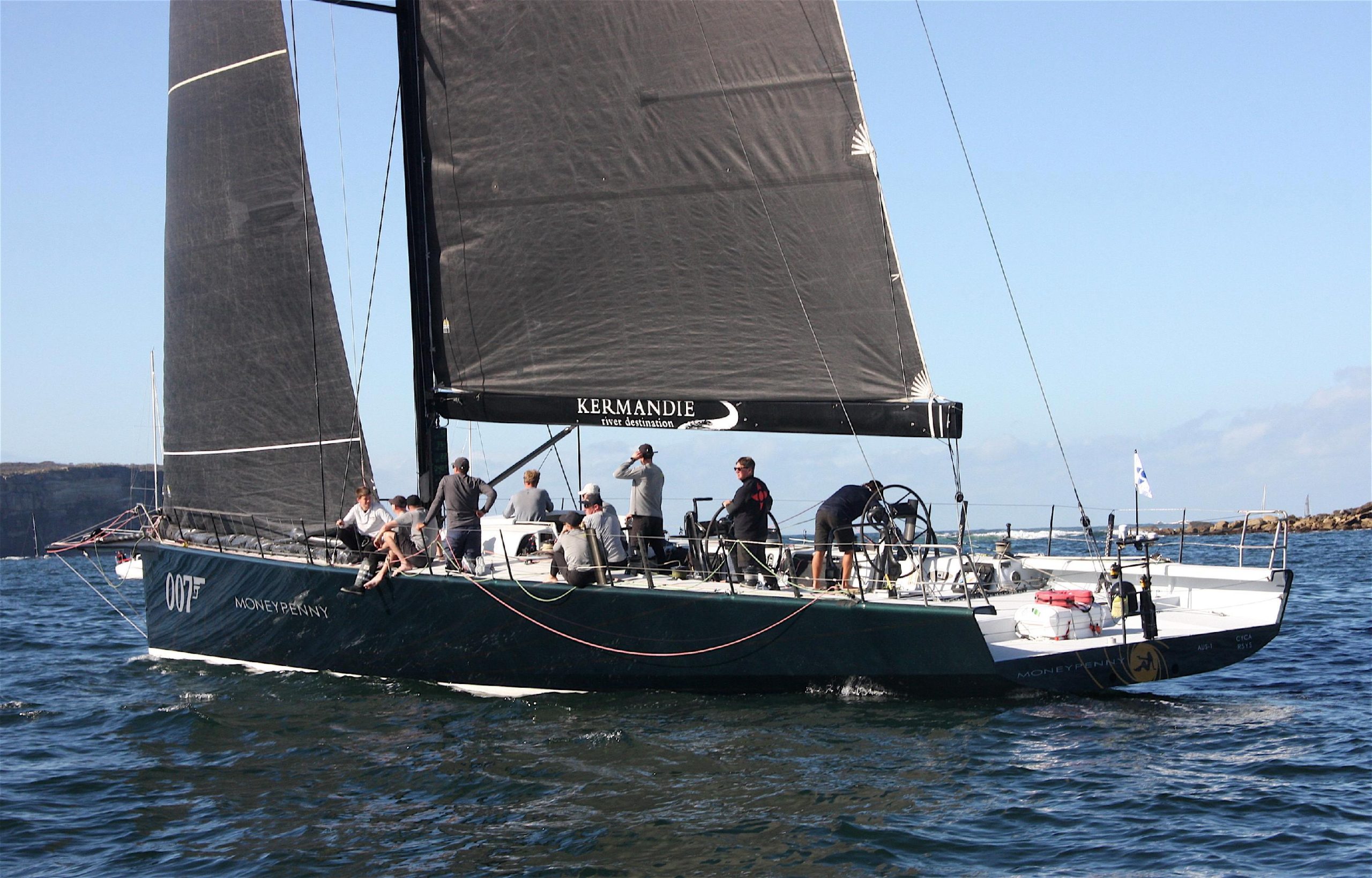 The Sydney-Gold Coast Race was the first offshore event in Australia in which two-handed and fully crewed boats competed within the same divisions. Conditions were light, and the results not quite as expected.

It’s natural to think that the heavier the conditions the more disadvantaged a two-handed boat should be racing against fully crewed entrants.

But the 384nm Sydney-Gold Coast Race just completed in predominantly light winds on the Australian east coast might indicate the opposite. The two-handers, who would have given many of the conventional yachts a decent fight on IRC and ORCi during the medium-to-fresh Sydney-Hobart in December, struggled to sail to their handicaps.

Constant sail changes and the energy-sapping need to chase every puff of wind clearly took their toll. It’s also probable that in drifting conditions on a lumpy sea their autohelms weren’t sufficiently responsive. Hand-steering for long watches on cold winter nights can be frustrating – and exhausting. Every mile is hard won.

The first 30 hours of the race were deathly slow as the fleet of 61 starters crept North. Even the 100-foot supermaxis with their vast spreads of sail found it difficult to make better than 8 knots. After two days’ racing half the 10-strong fleet of two-handers had retired, either because of equipment failure, injuries or time constraints. The attrition rate among the fully crewed yachts was lower.

Up front, the three 100-footers engaged in a tactical battle that saw a gamble pay off for Comanche. Initially Black Jack and Wild Oats XI swapped the lead as they hugged the coast. But then Will Oxley, navigator on Comanche, sent his boat much further East looking for more breeze and a better angle on which to approach the finish off Southport.

For once the ‘flyer’ paid off. Comanche crossed the line more than an hour ahead of Black Jack with Wild Oats XI another hour back in third place. Moneypenny, the stretched RP69 skippered by Sean Langman (whose Noakes marine business sponsors the race) was fourth to finish.

As usual, the TP52s sailed impressively to their handicaps and dominated the progressive standings. As if to prove how close the competition is within that class they completed the race as a group – with just 40 minutes separating the first five finishers.

A slow race also underlines the difficulties of imposing single handicapping systems across such a diverse fleet.

The performance difference between 100-foot supermaxis with canting keels and conventional 30-footers is extreme. It is like putting a Lamborghini and a VW Beetle in the same race – and expecting a single measurement-based rating system to somehow turn that into a fair contest.

This year the fastest and slowest boats were often sailing in quite different conditions. Mark Richards, skipper of Wild Oats, said they’d spent time bashing to windward in 15-20 knots. Meanwhile, 150 miles further South, the backmarkers were ghosting along in no more than 8-10.

In the end the hoped-for fresh breeze to bring the low-raters home never eventuated. Moneypenny took both the IRC and ORCi wins, a credit to Langman’s perseverance in gradually optimizing a boat that had previously failed to realize its potential.  (It was a bit of a dog while in San Diego – ed).

Langman has put a lot of thought – and money – into improving Moneypenny. He got rid of the whole lifting keel assembly and moved the bulb back in an attempt to get the boat to plane earlier. The boat sails well to its rating in the light stuff, but once the breeze gets up it’s still slow to plane and the TP’s murder it on corrected time.

An interesting sidelight on the race was the proportion of the fleet that competed two-handed. For the last Hobart around a third of all entrants sailed two-handed; for the Sydney-Gold Coast it was just a sixth (10 from 61).

But that reduction does not necessarily indicate a decline in enthusiasm for short-handed sailing in Australia. The race to the Gold Coast is traditionally the first leg on the 860nm delivery passage to the Whitsunday Islands for the popular warm-water regattas in August.

Completing that long trip in a normal yacht is challenging enough. Only a pair of true masochists would attempt it in a stripped-out 30-footer.

Title thanks to the Stone Roses