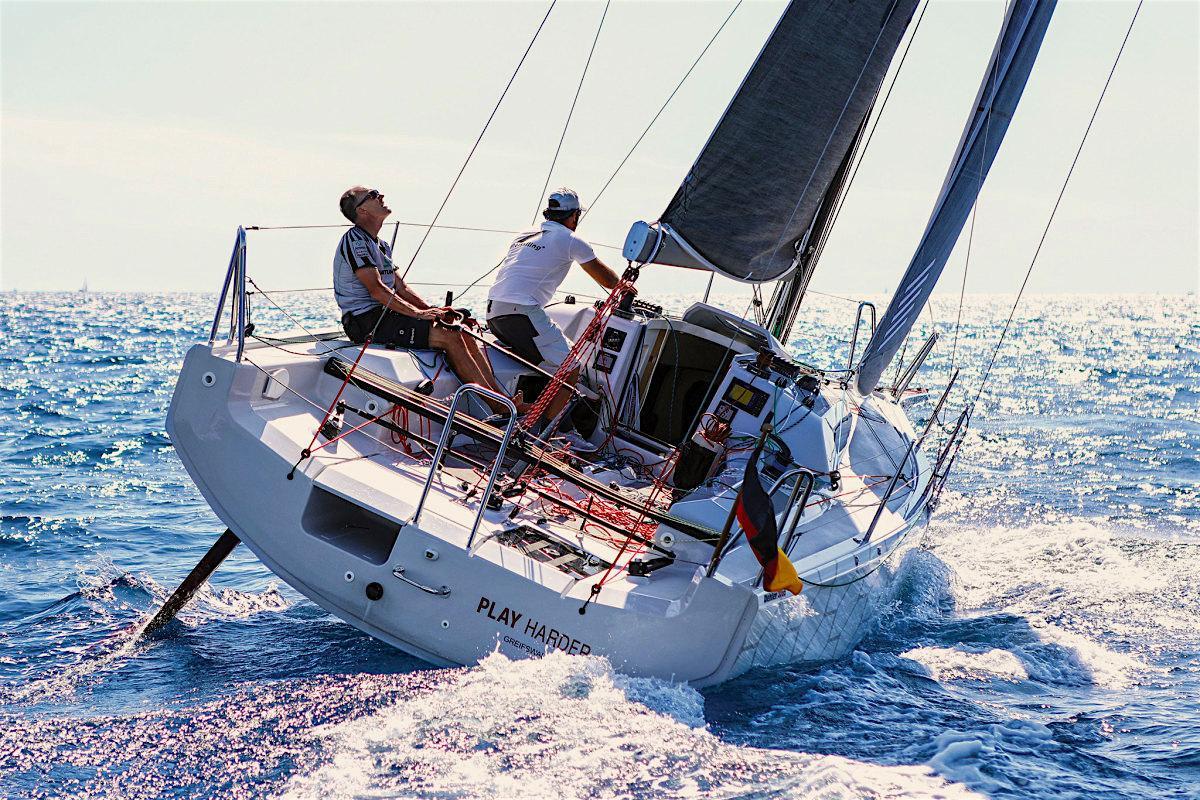 The officials and staff of the Cruising Yacht Club of Australia have probably had more issues than they cared to deal with before Saturday’s start of the Sydney-Gold Coast Race. Rarely will an Organising Authority be more relieved to send an offshore racing fleet on its way.

The club is accustomed to the usual last-minute scramble of boats rushing to file late paperwork or complete their safety inspections. But there were a number of added complications this year concerning the two-handed entrants.

For the Sydney-Hobart race last December, the two-handers competed in separate divisions. These were in parallel – but distinct from – the conventional IRC (overall), ORCi and PHS fleets. Now, the CYCA has decided that the two-up entrants can compete within the fully-crewed divisions, and are eligible for all the major prizes.

But initially, the Results page of the Gold Coast race website included pull-down tabs for separate two-handed divisions. That looked a lot like ‘double dipping’. As one wag pointed out, as long as they’d paid all their entry fees it was theoretically possible for a two-handed boat to win nine trophies for sailing just the one race.

The extra tabs for those two-handed divisions then disappeared from the website.

But – hey presto! – they’re back. Apparently, it had been brought to the club’s notice that there wasn’t much incentive for the two-handed brigade to compete unless they thought they had a good chance of snagging a trophy of some kind. (The last Sydney-Hobart results showed that the best fully-crewed boats were still damn hard to beat on handicap – so what’s the point of sailing two-handed if you’re just lumped in with the conventional entrants?)

But there was another complication the CYCA had to untangle. IRC allows for a range of rating variations specific to two-handers. These include mainsail width, headsail dimensions, furling allowances, moveable ballast and spinnaker pole and bowsprit length. This yields a “Short-Handed Certificate” with a handicap usually more favorable than if the boat was being sailed fully-crewed.

One two-handed entrant in the Sydney-Gold Coast race (who shall remain nameless but might well be Disko Trooper) lodged their IRC just before the cut-off. That rating was confirmed in the provisional division lists the club releases four or five days before the start. But it didn’t take long for another competitor to notice that the rating was for a short-handed certificate.

Whoops! The applicable IRC Rule (8.2.1) clearly states that a “a short-handed certificate shall be valid only for racing in classes, or divisions of classes, for no more than 2 crew, included in a Notice of Race.”

Nice try fellas, but if you want to be eligible for the overall prizes you must compete with a rating derived on the same basis as for the fully-crewed boats. The club swiftly replaced the two-handed rating with the yacht’s higher fully-crewed TCF.

And there was yet another confusion that related to the two-handers. In the past the Notice of Race and/or Sailing Instructions for offshore races in Australia have routinely included a simple clause that says World Sailing Rule 52 (Manual Power) does not apply. This had the effect of confirming that boats could use stored power to grind winches, cant ‘appendages’ and move water ballast.

The recent CYCA decision on two-handers allows them to use stored power to drive their autohelm. However, at the same time, the club ruled that fully crewed boats would be forbidden from using autohelm. How to resolve this apparent contradiction?

With the wisdom of Solomon, the CYCA constructed a form of words that, rather perversely, applies only to fully-crewed boats. Here’s their new rule:

“RRS 52 is changed for fully crewed boats to: The rotation of a boat’s rudder shall be adjusted and operated only by the power provided by the crew.”

Note, it doesn’t say that RRS 52 does not apply, but by exclusion, it implicitly allows the use of stored power for anything except the steering on a fully-crewed boat. (There’s a debate as to whether a front canard, as on Wild Oats XI and Black Jack, is a “steering device” under IRC, but let’s save that argument for another day.)

A similar issue emerged in relation to water ballast. By convention, the CYCA groups all boats using stored power – the big hitters – into a separate IRC Division 0. But now some of the smaller two-handed entrants also use water ballast. Logic would then suggest they should therefore race in Division 0 but the club has placed them within their normal rating band.

It’s reasonable to think that all of these complications came from the CYCA’s initial difficulties in establishing a framework that would include the two-handers in the conventional fleet on a rational basis.

The situation now is that two-handers using autohelm are competing in the same divisions, and for the same prizes, as boats that must have a minimum crew of five and are forbidden from using autohelm.

As they say in the classics, ‘Go figure’.

things that go bump in the night