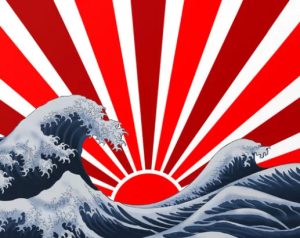 It was always known that the financial support from major Oracle shareholder and founder Larry Ellison was not open-ended and Team Japan becomes the first casualty of that.

The statement released  regarding SailGP Team Japan reads as follows:

“After much deliberation and taking into account logistical and commercial considerations, SailGP has made the difficult decision to pause the participation of Japan SailGP Team indefinitely. The league would like to thank Nathan Outteridge and all of the athletes and staff involved in the Team for their outstanding performance in the first two seasons of SailGP and wish them the very best for the future.

Season 3 will continue with nine teams racing for the remainder of the season.”

Reading between the lines, the team is likely broke and no one in Japan was ready to step up and fund the team.

By the way, I am not knocking Ellison at all for this. Sailing has been fortunate that one of the world’s top 10 richest people has been willing to spend his money in an attempt to get a professional sailing league off the ground but from the get-go it was very clear that teams would be expected to become self-funding. (Note: the SailGP Series seems to be a bit of a house of cards, and just does not seem to be built on sustainability –  ed)

From the statement, SailGP does not expect Team Japan’s financial situation to change anytime soon. – SS.

Out With The Old