show me the money, part VIII 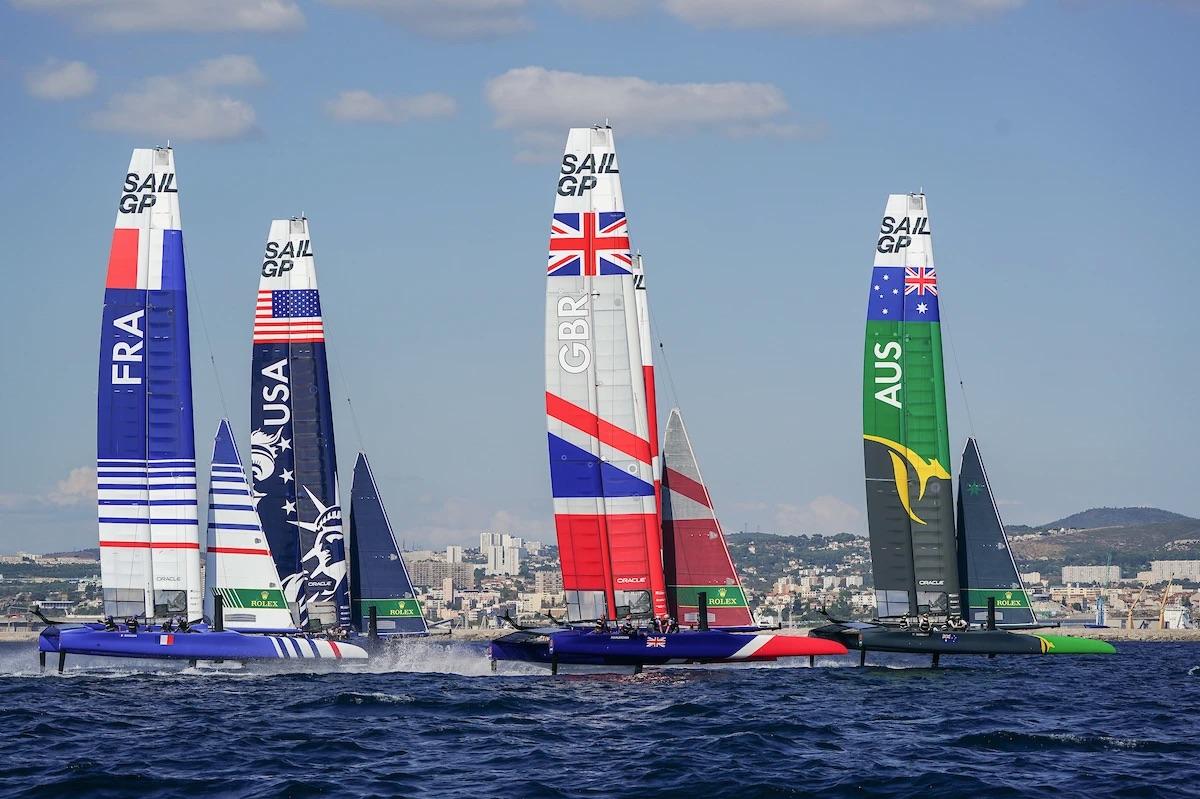 Could the whole SailGP circus be beginning to fall off its foils? The overnight announcement that the Japan team – consistently one of the event’s better performers – has been dumped from the tour is extraordinary.

Even more dumbfounding is the stated reason for the sacking.

The skipper, Nathan Outteridge, and his crew weren’t jettisoned because of poor performance. They failed to raise the level of sponsorship money the SailGP business now demands of its participants, so they have been forced to give up their boat to a new team that can accumulate the required pile of cash.

What this reveals is the unpleasant commercial underbelly of the whole SailGP enterprise. It seems that Larry ‘The Oracle’ Ellison is only prepared to fund his traveling foil-fest for the first few years. Beyond that, each team is expected to support itself financially.

So why does that business model now start to look shaky? Let us count the ways.

It’s not about the boats – the outmoded AC carbon foilers. They could be racing Cape Cod catboats for all most of us might care. It’s the competition that counts.

To conventional sailors (i.e. 99% of us) the problem is the racing itself. The courses are so abbreviated the boat that wins the start is invariably ahead at the first mark – a leg that takes less than a minute to sail. After that, barring catastrophes, it’s usually a procession.

In an apparent attempt to counter that predictability Messrs Ellison & Coutts imposed a ‘winner-take-all’ final that apes the equally silly ‘Medal Race’ conclusion to championships in the Olympic classes. While the professionals might tolerate this attempt to generate synthetic excitement, most sailors have more respect for the skippers and crew who establish their winning credentials over a whole series.

The next problem is nationality. By opting to make the competition appear as if it is a contest between teams representing countries, SailGP has locked itself into a transparent hypocrisy. It is difficult to engender the type of national pride that animates truly international sports when the USA and Japan boats are helmed by Australians and an Englishman or Kiwi sails for China, Spain – or Outer Mongolia. Or, whatever.

Beyond those immediate issues, the fundamental hurdle SailGP is yet to clear is that sailing is just not a mass spectator sport, and never will be. It is too specialized and (dare we say) elitist.

Anyone can buy exactly the same equipment and clothing as Rafael Nadal uses for $500, and enjoy years of simple, social tennis at their local court. But to race even a basic Laser will set you back a minimum of $5,000. You then have to spend years mastering a complex skill, learn its arcane rules, and join a club. Want to be competitive offshore against the big boys? Try $5 million.

The commercial core of any major sport is television (and now internet) exposure. Without it, they will always struggle. Truly popular codes can demand huge rights fees from the networks but the also-rans often have to provide coverage free of charge to the mainstream outlets, or even pay to have their sport feature on-air or online.

The Catch-22 of all this is that without proven viewership numbers, the sponsors won’t support teams or buy naming rights and signage. So the minority sports, sailing included, try to tart up their ‘product’ in increasingly frantic attempts to attract eyeballs. They strive to make their sport flashier, more intense, and shorter – everything that sailing is naturally not. It’s hardly surprising that so much of the PR guff pumped out by the SailGP operation emphasizes their inflated TV audience and live-stream claims.

You can sense this creeping desperation in the tone of the SailGP TV programming itself. While the coverage and computer graphics are excellent, the commentators hype the action to ludicrous levels of uninformed sensationalism. (In any case, with the boats often sailing at 40 knots, and each race only taking around 12 minutes, they are often way behind what informed viewers can see for themselves on screen.)

But for the moment, with Ellison’s support, the circus rolls on to the next town. Meanwhile, we should prepare ourselves for more plaintive appeals for sponsorship. That some of the world’s best sailors are reduced to putting out the begging bowl only heightens the suspicion that the flaws in the SailGP business model might eventually prove fatal.