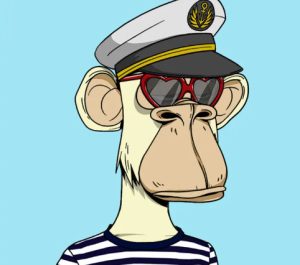 The last time I had a big weekend of sailing I paid the crew in my boat’s Crypto, which is called KEeL Qoins. Some of you have probably used KEeL Qoins without knowing I launched it. Anyway, one of the crew is all about FUD and said he wanted to cash in right away.

“No problem, 10 KEeL Qoins gets you 32.5 Knot Dollar$, “ I said. (Knot Dollar$ is the other ledger chain currency I launched for my boat).

So then he tries cashing in the Knot Dollar$ at the usual places- Metamask etc. and has issues with them so comes back telling me they can’t do it. I told him that’s between them and him because I can see his balance of Knot Dollar$ on my ledger so the problem is on their end.

Fast forward and I’m doing a prestigious race with this crew at the end of this month. Given the issues cashing in KEeL Qoins or Knot Dollar$ I figured this time I would just give them an NFT to mint. Each crew member would get their own and instead of using an address on the Ethereum chain we’ll just use an address on my Google Drive. Some of them are already complaining about how the image isn’t worth anything. I said, “It’s your NFT, when you mint it, you can set the market cap at 20,000USD or whatever you want” but they still don’t get it. Web3 bitches!

Here is an example of one of the images associated with a NFT for crew payment. And don’t any of you assholes even think of minting it unless you have about 32 KEeL Qoins to give me.