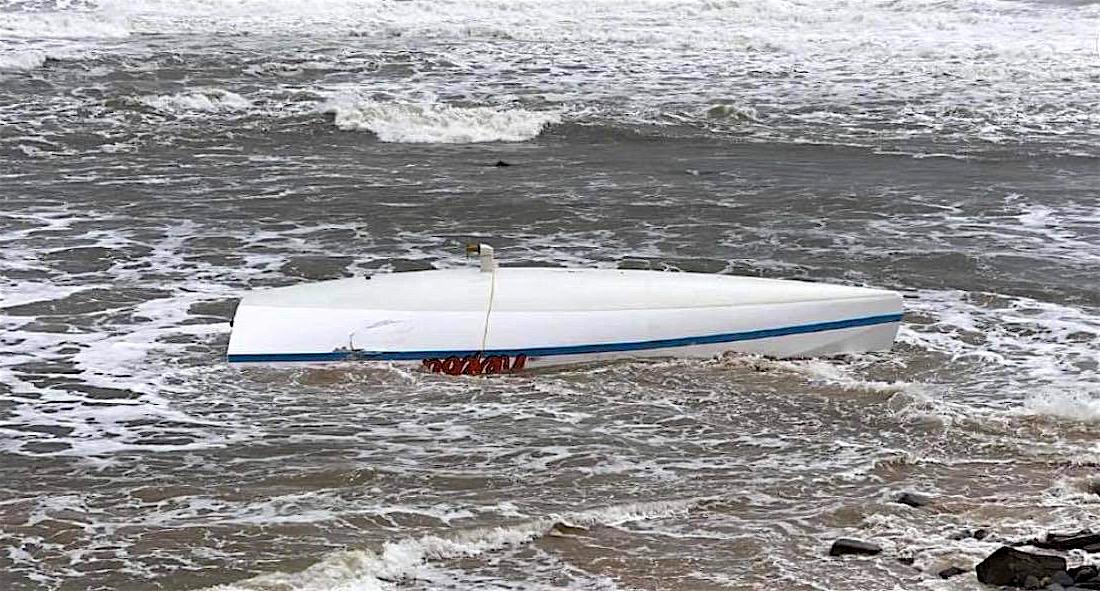 Shouldn’t we be at the point where this kind of thing just doesn’t happen to boats like this?

The first Farr X2 – a yacht specifically designed for two-handed offshore racing – has been lost during a shakedown sail off the Australian coast. Hull #1, named Nexba, was yesterday trying to complete the required 100nm ocean passage to qualify for the Sydney-Gold Coast race starting on July 30.

We have also been able to find out is that it was more than 12 hours between the capsize and the start of the rescue, even though they were only 15 miles offshore. No EPIRB? It’s a mystery

The hull – without rig or sails – has since washed up on a beach South of Sydney and the $205,000 yacht is presumably a total write-off.

Conditions in the area had been tough for the past three days with large seas and up to 30 knots of wind.

No good purpose is served by hasty speculation as to what caused the loss until a thorough investigation can be conducted.  We do know the hull and components were made in Singapore, then shipped to Australia for assembly.  Obviously, the incident comes as a major blow to Farr Yacht Design, the manufacturers and the local importer/agent.

The Farr website entry advertising the X2 boasts that the yacht is “engineered to be robust enough for the most demanding offshore races in the world.”

the office of the future