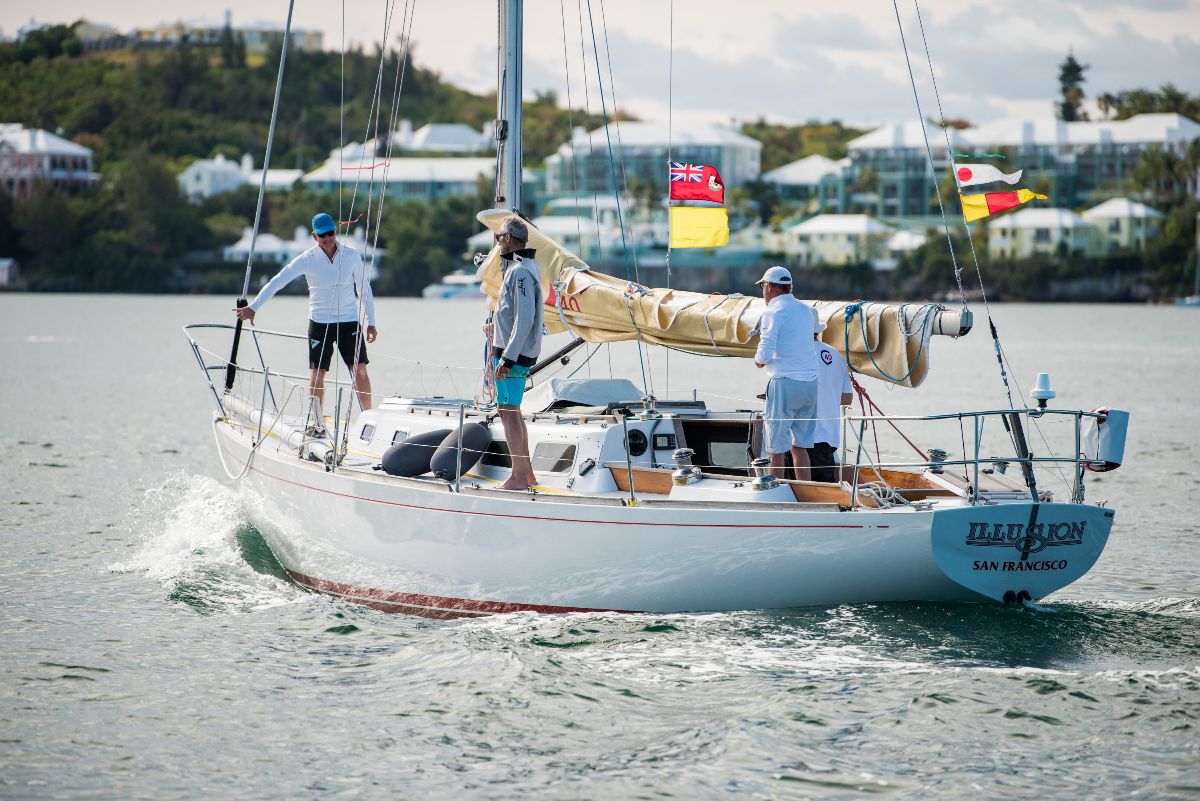 You better believe it! Read it here:

Winning the largest division in the race, the St. David’s Lighthouse Division with 108 boats, is Illusion, a Cal 40 owned by Sally and Stan Honey (Palo Alto, California). Illusion’s victory is the fourth time a Cal 40 has won the St. David’s Lighthouse Division, following on from Vincent Learson’s Thunderbird in 1966 and Peter Rebovich, Sr.’s Sinn Fein in 2006 and ’08.

Sailing their “final hurrah” in Illusion (they’ve sold the boat to Stan’s nephew), Sally Honey said it was the perfect ending to an illustrious, 33-year run with the boat.

Illusion, the Class 10 and St. David’s Lighthouse Division winner, arrives in Hamilton Harbour early on Tuesday morning. Credit: Chris Burville
“The conditions were perfect for our boat, and we had a pretty good navigator onboard,” said Sally, referring to her record-setting husband, Stan. “Stan chose a really good course, and the conditions were just what the boat loves, heavy-air reaching. A lot. We got into a Gulf Stream eddy and stayed in it for about seven hours. That gave us a good boost. We managed to stay in the wind most of the way down. We had a couple of light spots, but nothing like the later boats.”

Sally Honey said that they hit a top speed of 22 knots with Buchan on the helm Saturday night. She woke up the sleeping crew with hoots and hollers of excitement but otherwise spent most of the race with the wind on the beam.

“We didn’t have that much water on the deck,” said Sally Honey. “When reaching, the boat heels right over and the more wind you get the faster she goes. Really, it was a dream trip, fabulous. I wouldn’t change anything.”