it’s rough out there 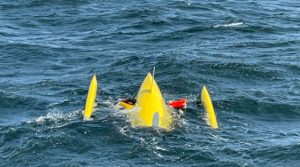 The boats were under way in a larger flotilla for the annual Race to Alaska, and they were transiting the easternmost stretch of the strait from Port Townsend to Victoria. A gale warning and small craft advisory were in effect, and organizers described the conditions as “between seasick and dangerous” before departure. Water temperature in the strait was in the range of 50 degrees F, as is typical for the time of year.  Read on.