the boys are back in town 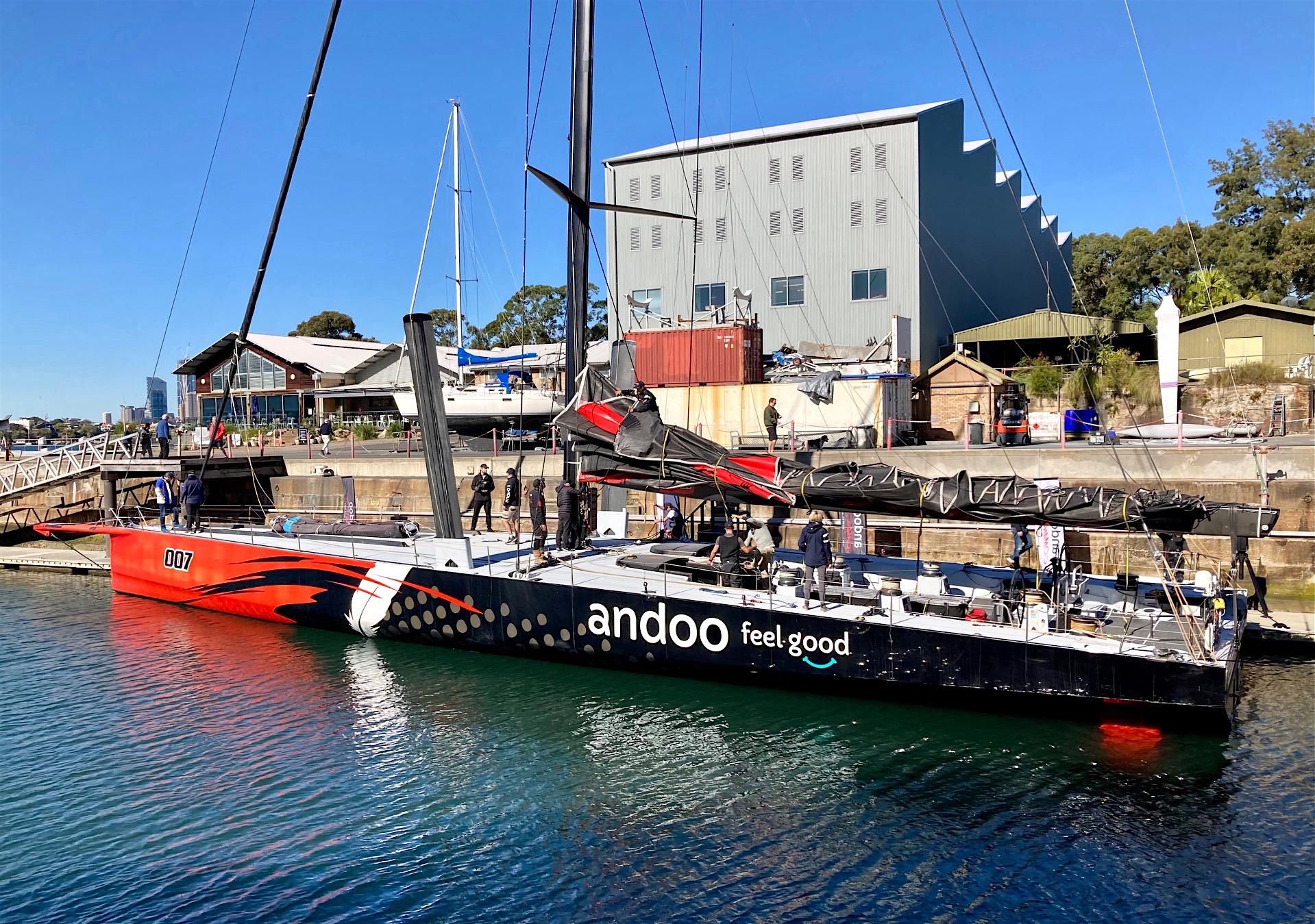 Lookie here who’s just turned up at Woolwich Dock in Sydney. The yacht formerly known as Comanche – now re-named andoo – has arrived on her third visit to Australia since her launch in 2015.

The VPLP/Verdier supermaxi completed the delivery voyage from Antigua with just one pit stop in Tahiti. Now chartered to local sailor John Winning Jnr (reportedly for two years, with an option to buy) the 100-footer will contest the major East Coast offshore races, including the Sydney-Hobart.

At the welcoming function, observers noted that champion Australian yachtsman Iain Murray attended wearing andoo livery. Murray has been associated with Wild Oats XI campaigns for more than a decade but now appears to have jumped ship.

Space alongside at the Woolwich Dock facility will soon be at a premium. Another 100-footer, LawConnect, already lives there and Wild Oats XI is due to come out of the shed in preparation for the trip North to the Hamilton Island Regatta.

Black Jack makes up the quartet of supermaxis who will now compete for line honors glory in the Australian offshore racing program.

(Title inspiration thanks to Thin Lizzy)

Restart sailing at its best!