god save the queen 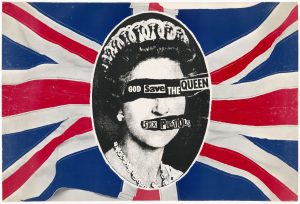 Or maybe it’s the combination of all three.

But boasting about the heritage of the Queen’s Platinum Jubilee as it relates to your products seems incredibly out of touch, targets a tiny fraction of an already tiny market, and not that it’s a bad thing, but is just oh so British.

Besides, any time I think of British sailing, I think of Ineos, and that isn’t good. Check it out for yourself- ed.

alone (in the dark)