stay out of the pool 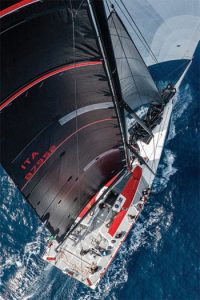 This column should perhaps come with a health warning: ‘not entirely about Maxi yacht racing’.

The large, angry bear in our swimming pool right now cannot be ignored. This came to a head during the most recent RORC Caribbean 600 at the same time as the Russian invasion of Ukraine began. The knee-jerk response was to exclude all further participation by Russian entries.

The problem with a blanket ban on all involved is overall proof of Russian ownership. Most people assume that two of the Maxis in the 600 are both essentially Russian-owned but it is much more complex than that. The problem is that very few Maxis are registered in the country of their ownership. The majority fly flags of convenience, commonly Cayman Islands, Marshall Islands, Malta and elsewhere.

The flags and sail numbers usually correspond with those countries. The owners are often theoretically unknown hiding behind companies or consortia, or if known are dual nationals of Russia, Cyprus, Malta, Monaco and so on. Now read on.