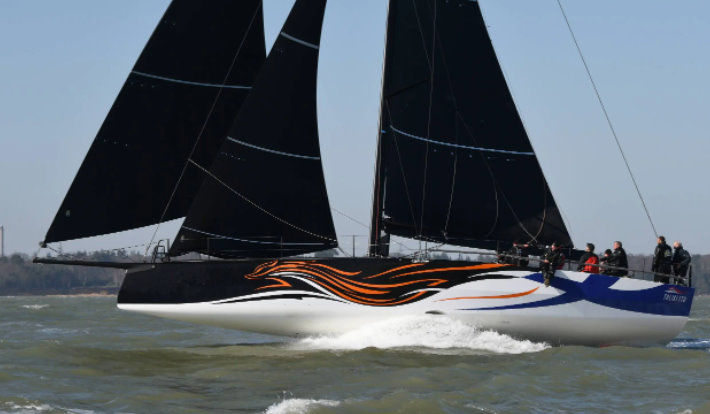 While on a passage from Casais, Portugal back to their base in Gosport (UK) the amazing Infiniti 52, Tulikettu hit an Unidentified Floating Object (UFO). This happened on April 18th with the EPIRB activated just after midnight on the 20th which suggests that initially it was hoped to limp the boat to safety.

Ten hours later the delivery crew of 4 was rescued by a tanker that had diverted to assist.

For the last 7 days a salvage tug supported by a spotter plane has searched the area to no avail so it must be assumed that the virtually brand new boat has been lost at sea.

A shame when any yacht is lost in this manner but this boat fitted with Hugh Welbourn’s revolutionary DSS foil had already shown so much promise in its short life.

At the time of writing, there are no details on whether the UFO collided with head-on or whether it was the foil leading to damage to the casing and any comment on this would be unhelpful speculation and as such would not only be wise but only fair to wait until the team and those involved in the incident clarify their views of what happened.

Here’s hoping Arto Linnervuo and his Xtra Staerk team, although, only naturally, hugely disappointed take this on the chin (he is Finnish so that is most likely) and return to the racing scene as soon as is humanly possible and we should look forward to another of these wonderful yachts on the water and wish him and the entire team the best going forward.