don’t know what you’ve got till its gone 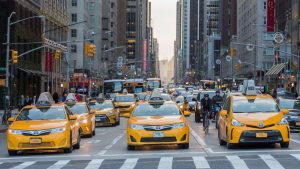 Well, the Big Yellow Taxi has been and gone and the ‘must be the money’ article on these pages is somewhat misleading (aren’t they all? – ed.), suggesting that Barcelona or Spain, in general, is not qualified to host an America’s Cup.

While technically accurate that a Spanish team has never contested the ACTUAL America’s Cup, it is important to remember that in AC32 (2007) Desafio Espano was a legitimate challenger for the Auld Mug – the name should be a bit of a clue – and competed in the Louis Vuitton Cup before being defeated in the Semi-Final by Emirates Team New Zealand which went on to unsuccessfully challenge Alinghi.

There is no lack of interest in high-end sailing events or sailing in general in ‘The Kingdom of Spain. Palma is considered one of the places to race and the Copa Del Rey is a must-do event for many European sailors.

Spain has been the ‘home’ of the Volvo Ocean Race for 4 editions and the start point for 5 (including the next one) with Licor 43, Fortuna (3 times in various forms), Galicia ’93 Pescanova, Movistar, Telefonica (x 3) and Mapfre (x 2) representing the country. So I suppose it could be said that Spain is now the host of two of World Sailing’s “Special Events”. Hardly what one could consider a ‘non-sailing’ nation.

They’ve done all right in the Olympics too with 21 medals over the years, a remarkable 13 of them being gold. Only 6 countries have taken home more golds and three of them look like being challengers in AC37.

Regarding the non-deal between ETNZ and the New Zealand Government? Well the United States auto industry must be thankful that in the financial challenges they faced in 2008-09 they weren’t abandoned by their government in a similar manner or that industry in the US might be just a memory also.

And mention of loyal support? It is easy to support a team or any entity when it doesn’t have challenges,  or for when it is bringing in around half a billion dollars to the economy (as it did in 200 & 2003) or catalyzing the redevelopment of the maritime slum the Viaduct Basin was. (The basin is currently full of closed businesses from what I hear – I wonder why that is?)  True support is when a team is struggling for whatever reason.

The New Zealand government report stated a return of 73 cents on the dollar for AC36. To put that in context a similar report put the New Zealand tourist industry as down around 90%. Both these figures are almost 100% due to New Zealand closed borders policy due to COVID. That this is a dip virtually entirely due to no foreign dollars being spent seems to have escaped the notice of the current government in Christchurch. But then that would mean them admitting some responsibility for the figures and when did you last hear a politician doing that.

ETNZ or “Dalton” hasn’t walked away just because there wasn’t enough cash on offer. The team has walked away because another city has had the vision of all that an America’s Cup event can provide for the city and in return, ETNZ has a greater chance of having the financial wherewithal of bringing The Cup back to the Royal New Zealand Yacht Squadron for another three years.

Host The Cup on the Hauraki Gulf with what was on the table and they might as well have just given it away.