the wheels on the bus go round and… 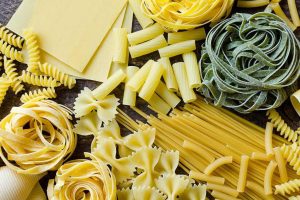 The recent media announcement and accompanying video by Team New Zealand that their design and build teams are constructing a wheeled, wing-driven vehicle to challenge the world sailing land speed record has provoked immediate responses from the other America’s Cup syndicates.

A spokesman for INEOS, the Challenger of Record for AC37, was far from impressed. “It looks to us like the Kiwis have been sitting around twiddling their thumbs”, he said. “They’ve now dreamed this up to spend some leftover government grant money while waiting for sponsorship and a decision on a venue for 2024. We’re way ahead of them on our own side project.

“We call it the ‘Four Fs’ for short. It stands for Future Full-Foil Fracking. We’ve taken the advanced foiling technology from the America’s Cup and adapted it for energy mining applications. Early indications are that the foils destroy natural geology at a wonderful rate. The marketing people have already come up with a nifty slogan: ‘Cutting edge for cutting rock’. Sir James is delighted.”

Not to be outdone, the innovators at the Prada Luna Rossa syndicate have also been working on an exciting project that exploits the enhanced levels of expertise they developed during their 2021 America’s Cup campaign. Details are still sketchy (and protected by patent applications) but it seems certain the breakthrough is related to the production of certain forms of pasta.

A team member, who did not wish to be named, told Sailing Anarchy that the program is market-driven. “You see, during the stay-at-home Covid restrictions more people around the world cooked for themselves. Pasta consumption increased dramatically and we struggled to keep up with demand.”

It appears that the solution was to apply some of the sophisticated computer simulation and monitoring systems created for the Italian challenge. “Performance optimization is everything”, he said. “The telemetry data from Auckland has now given us Super Spaghetti and Lightning Linguini. Pasta output has doubled. Who says there’s no trickle-down benefit from the America’s Cup, eh?”

There has been a similarly positive development for the American Magic syndicate. Shortly after their elimination in New Zealand, they were contacted by representatives from NASCAR. A spokesman for the motor-racing organization explained the reason for their interest.

“We’re in the business of high-speed crashes”, he said. “That’s what the good folks pay their money to come and see. The US boat sure put on a fine old crash-and-bash show in Auckland. We want some of that!”

While the boffins at American Magic are keen to form a partnership with NASCAR they foresee a practical issue that could be difficult to overcome.

Fitting wheels to an AC boat will not be a problem but optimum performance would depend on the prevailing wind on race days always being at right angles to the straightaways. Real speed can only be generated by a gybe at one corner, tack at the other and a beam reach down both straits.

But NASCAR is unperturbed. “Don’t you fellas worry too much about that”, their representative said. “We’ll fix the breeze – you guys just look after the crashes. That’s what you’re good at.”

Of course the above is a parody. – ed.