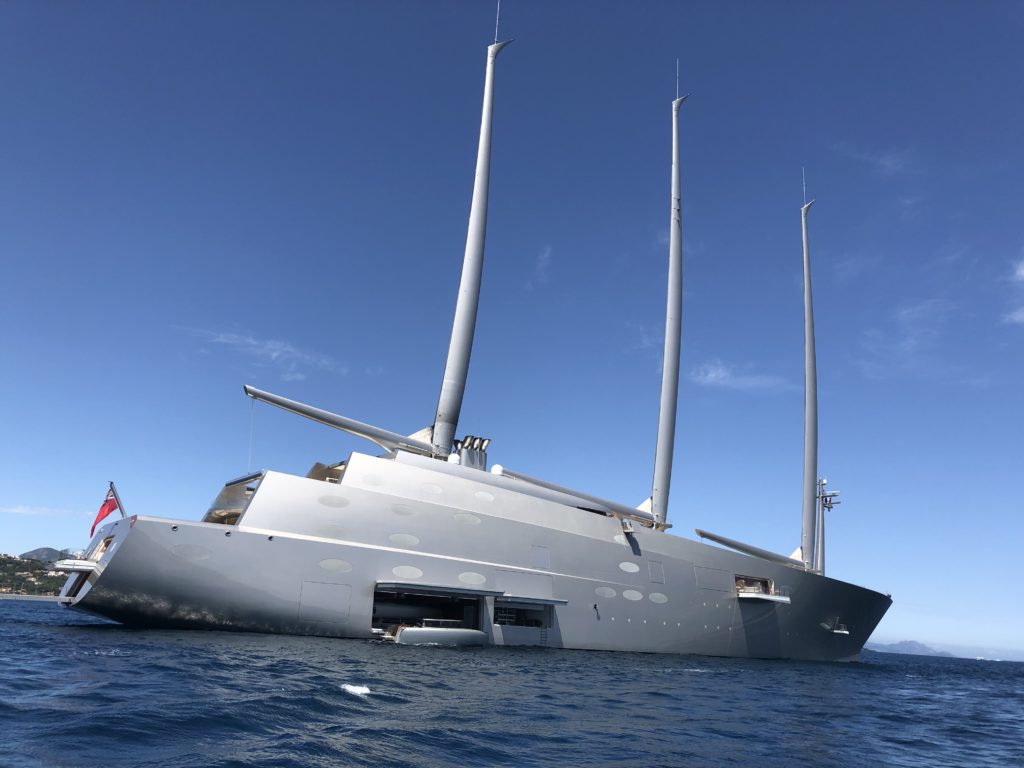 Likely the biggest abortion of a sailing yacht ever is the disgusting-looking pig of a “boat”, S/Y A has been seized.

The “Sy A” embarrassment worth about 530 million euros attributable to the Russian oligarch Andrey Igorevich Melnichenko was subjected to a freezing order by the Financial Police as part of the measures taken against Russian tycoons included in the “black list »of the European Union .

According to what is learned, the boat was in storage in the port of Trieste . The Sy A is considered the largest sailing yacht in the world: she measures 142 meters in length, she was designed by Philippe Starck and was launched in 2015. Read on.

Also, check out this video for the latest on Rooskie Yachts that are likely to get yanked.