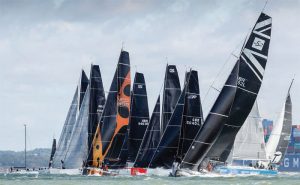 It’s one of the most modern regattas in the world. Yes, that’s right, we are talking about Cowes Week which will celebrate its 200th anniversary in 2026. It is of course known around the world as one of the most challenging regattas in sailing, partly because of the fabulous racing conditions in the Solent and partly because of the relentless nightlife.

That Solent tide, which gained a reputation for itself in the days when everyone wanted sanitized Admiral’s Cup racecourses, is now back in favor, as just another challenge on a demanding racecourse.