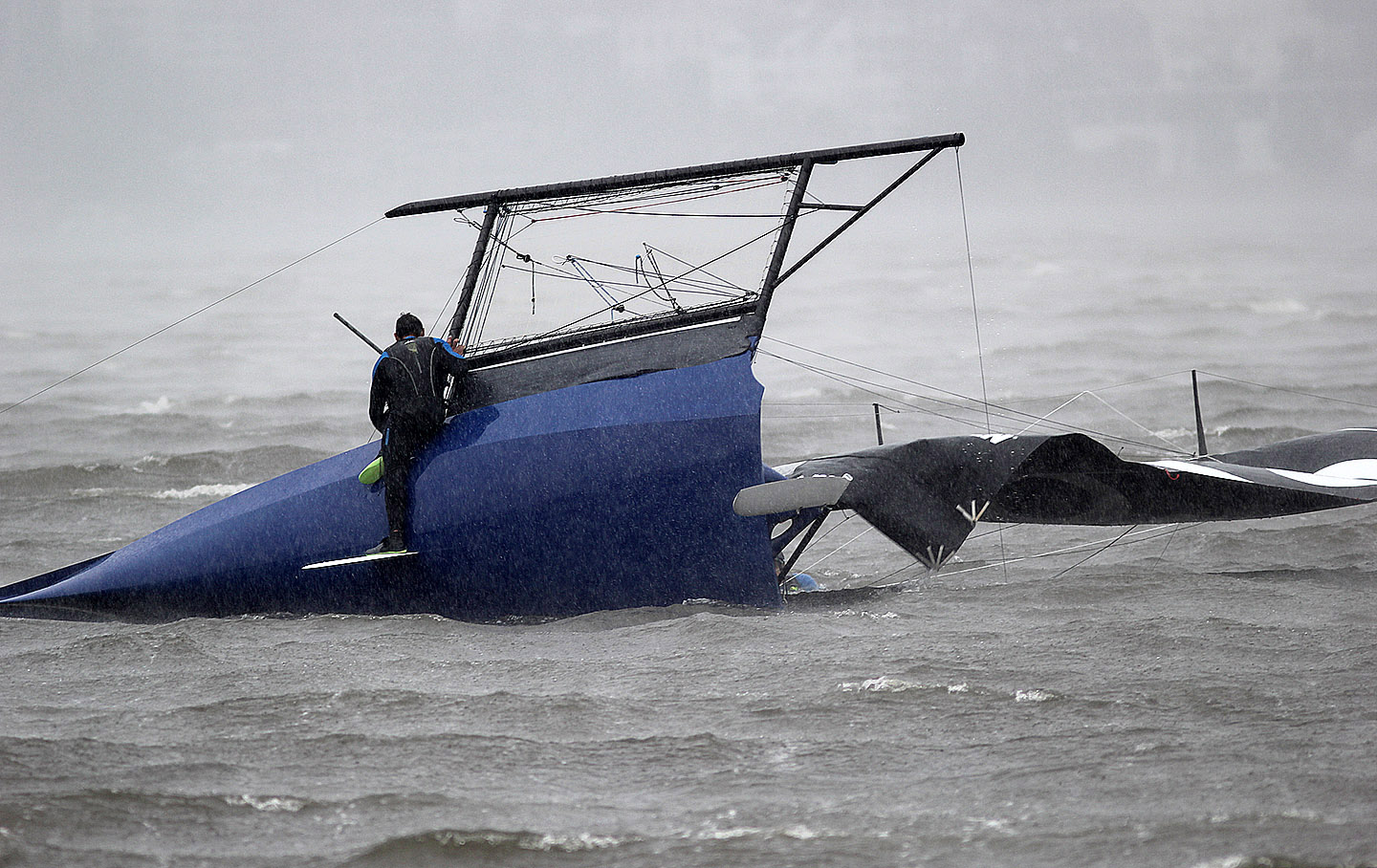 Howz that for a puff?

The Race Committee for the 2022 JJ Giltinan 18ft Skiff Championship was forced to abandon Race 3 due to the gale-force conditions being experienced on Sydney Harbour today.
One of the committees said that when the team was setting the start line they believed conditions were sailable but later the southerly winds were averaging 28 knots, with gusts up to 35 knots.
A decision will now have to be made regarding the upcoming race dates in the championship.
editorMarch 7, 2022
Leave a reply

Environment, US Gov stays out of your bilge

what is it? Instead of in the shed, this one is actually sailing. Whatcha got?