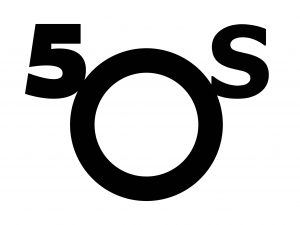 The International 505. Often considered to be one of, if not THE, best dinghies ever designed. Aesthetically beautiful, fast uphill and down, no major gripes and handles sea conditions many other dinghies would struggle in. Yep, definitely the best dinghy I have ever sailed.

It does, however, have a flaw. Ironically, a flaw that this development class has, erm, developed over the years. That flaw is the cost to buy one.

Back in the late 80’s we sold a couple of four-year-old Lasers on a double stacker for £4,250 and bought ourselves a 4-year-old Parker 24. I’m very generally assuming, therefore, that a new 505 cost approximately what 2 standard Lasers cost back in the day. We did pretty well in our 505 with a few top 10 results at Nationals proving that she was a competitive boat in the large fleets of the day. Fast forward to today’s prices and a fully race specced ILCA, including XD fittings and carbon bits and bobs, costs £7,325. Multiplying that by 2 results in £14,650. You’d be lucky to get a 10-year-old 5oh for that money, and a brand new one would cost twice that amount.

However, I love the 505. I’d prefer a 10-year-old, or even 20 year old, 505 to a Laser any day. But I also like to compete and there’s no way a 10-20 year old 505 is going to have a chance of winning the nationals. Not without spending large sums on high aspect foils, twin carbon pole systems, replacing the tin boom for a carbon one and possibly having to buy miles of spectra or the like for all the metres and metres of rope on board. Admittedly there are some “super boat” exceptions to this rule but they command a ransom too.

So why has the price gone up from approximately 2 x Lasers to approximately 4 x Lasers? Is it the decline in the class size? Well, if it is, this price hike won’t help the numbers to ever recover. Is it because of more exotic materials in the hull, foils, spars, sails and fittings? It’s certainly possible, indeed probable, but there are other classes of a similar size which have exotic materials in them too whose prices haven’t increased by this amount. A brand new Fireball or Osprey are in the region of the 2 x Laser price and, whilst they don’t perform quite as well as a 505, they’re not a million miles off, particularly considering they are half the price.

Personally, I think it’s the sheer complexity of the boat that’s got out of control. When I say “out of control” I essentially mean “overdeveloped to the level where the average man can’t afford them”. Back in the day, when we had fleets of 100 boats flying around triangle-sausage-triangle courses, were we really that much slower than a current 5-oh? Sure, a little slower, but not too much – even by today’s standards. it was pretty rapid. More to the point, did we have any less fun because the boats weren’t as complex as today? Categorically, no we did not. Perhaps we even had more fun due to the larger numbers both on and off the water.

So, in previous years the 505 was comparatively half the price it is today and yet was just as fun, if not more? Makes you think doesn’t it?

Well it certainly makes me think. I’d love to race the 505 but I simply cannot justify the price tag to myself, let alone attempt to do so to my spouse.

So, what to do? I could buy a brand new Osprey or Fireball for HALF the price of a new 505. Both great, fun boats but they’re not the 505. Isn’t that a shame for me as I would really much prefer to be competing in a 505? I’m sure I’m not the only one out there either. If only there could be some way of being able to race a 505 competitively without having to fork out nearly £30k…….

Introducing (suggesting really) the 50S – hopefully the germ of an idea that could conceivably mean more 5ohs at events and better usage of 2nd hand hulls.

The 50S (or 50Simplified) would (could?) limit the number of fittings, use a set shape of foils with no exotic materials, use aluminum spars, go back to the 5m kite (let’s be honest, it wasn’t exactly small to start with) and, depending on whether there would be any long term saving, enforce the use of dacron main and jib (although perhaps the longevity of laminates over dacron would mean this is unnecessary). I have refrained from suggesting less exotic materials be used in the hull as longevity of it is paramount to the 50S.

By my reckoning, we could strip circa £10k out of the cost of a new boat without losing too much performance – sailing one would certainly put a smile on my face and, I suspect, that of most sailors out there. It also means older boats could be re-consigned as a 50S. By stripping some of the fittings out it could become class legal quite easily, meaning rather than having to spend a fortune on bringing the boat UP to the racing spec of a 505, you could flog a few fittings and bring it DOWN to the racing spec of a 50S.

Think about it. Make this class happen and overnight there would be dozens, scores or even hundreds of boats currently only club racing that would become competitive boats for the 50S events. Held, of course, alongside the 505 events, doubling or more, the current entry numbers making for more fun events, perhaps even going back to the days when whole families went to events and enjoyed the company of old friends after the days racing.