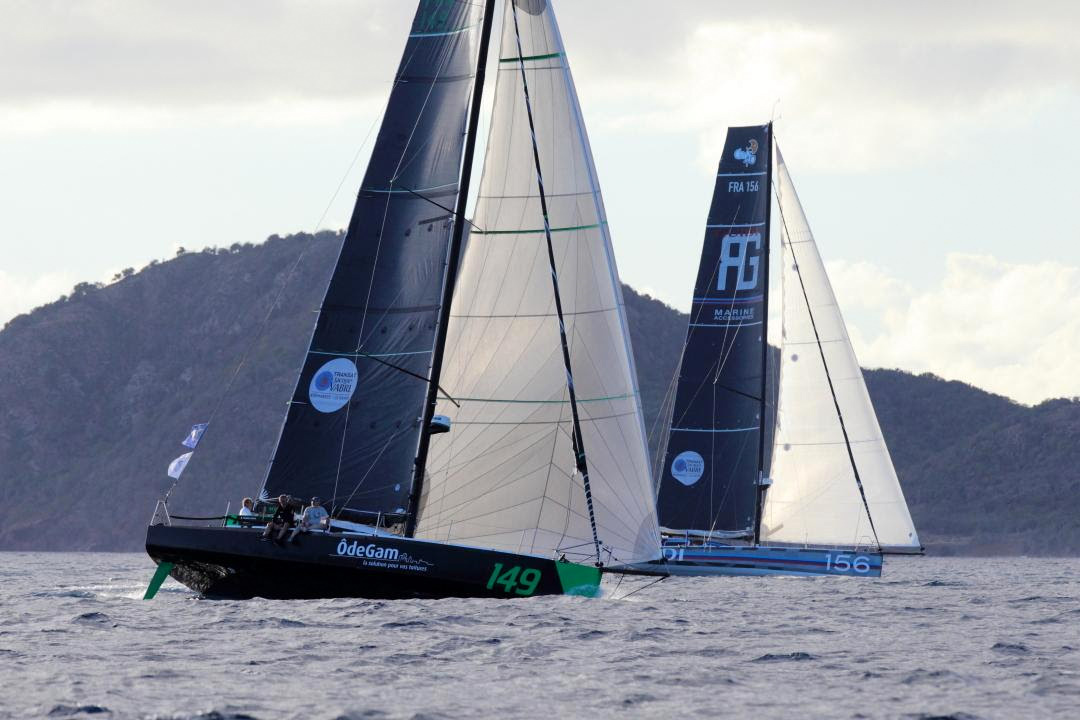 Okay, this is ridiculous! I’ll bet their bigger headsail had something to do with the win…
The winner of the nine-strong Class40 division was decided on the fourth day of the RORC Caribbean 600 with a dramatic finish between two teams. Charles-Louis Mourruau’s Guidi (FRA), which had led for most of the race, stalled as the breeze faded with the finish line beckoning. Finimmo took the lead in the last few miles to win by just 61 seconds after racing for well over three days and nights. The spirit in the Class40 division shone through with the Finimmo team going to greet Guidi into English Harbour, consoling their adversaries.
The Owen Clarke designed Finimmo was sailed by a team of four co-skippers; Herve Thomas, Benoit de Froidmont, Gerald Veniard and four-time Vendée Globe sailor Kito de Pavant. Figarist Gerald Veniard, taking part in his second race, spoke on behalf of the team:
“Our goal was to finish in the top three. We had a good start and were the first Class40 at Barbuda, but then Guidi came back and smashed us downwind. We got back at them at St Maarten but then they extended on the downwind leg to Guadeloupe. Our strategy for Guadeloupe did not work at all. After that we were 20 miles behind and we thought the race was lost. It was a big surprise to see Guidi was offshore and now had wind after Redonda. So, it was like the icing on the cake to take the lead after a match race to the finish.” More here.
editorFebruary 24, 2022
Leave a reply

you got a virus