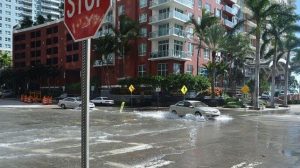 The U.S. government has released its latest forecast for sea-level rise through 2150, updating a report last revised in 2017. The conclusions are concerning: by 2050, the sea level along America’s coastlines will rise by an estimated 10-12 inches, which is as much as the rise measured over the span of the previous century.

“This is a global wake-up call and gives Americans the information needed to act now to best position ourselves for the future,” said NOAA Administrator Rick Spinrad in a statement Tuesday. Read on.

Title thanks to David & David.

it’s a blumpkin, not a bowsprit!