more than meets the eye 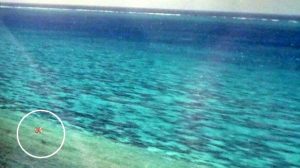 A remote sandbank in the middle of the Indian Ocean, known as Blenheim Reef, is hitting the international news. The Mauritian government has sponsored an expedition to the reef to embarrass Britain in their long-running dispute over ownership of the Chagos Archipelago – which is home to the US military base at Diego Garcia.

But there’s a lot more to Blenheim Reef than meets the eye. Blenheim Reef is a coral atoll located in one of the remotest places in the Indian Ocean, between the Chagos islands to the south and Maldives to the north. Although the ring-shaped atoll is almost 10 kilometers north to south and nearly five kilometers across, the sand and coral is only exposed at low tide and is covered in water at high tide. Read on.