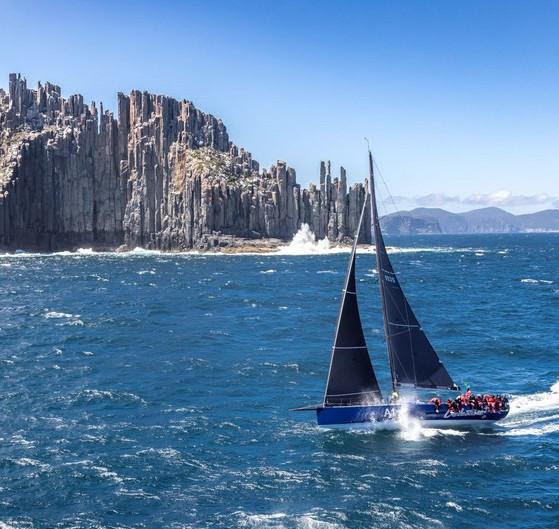 It has taken a while – in fact a whole month – for the Chairman of the Sydney-Hobart Race Committee to finally respond to the controversy following his protest against Celestial and the Committee’s grant of redress to Ichi Ban. Perhaps retired Rear Admiral Lee Goddard was hoping that the heat of this incident would cool with time.

Goddard today issued a statement to all offshore competitors via the Cruising Yacht Club of Australia titled “Monitoring VHF and Assistance”. The bulk of his release emphasizes the requirement for continuous monitoring of VHF16 and the specific rules and maritime safety regulations that apply.

He puts those obligations in plain language: “The continuous monitoring of VHF Channel 16 is a requirement for all CYCA offshore races. When racing or cruising, it is essential that VHF is used to broadcast to all other boats in range. If a yacht hears a distress call on Channel 16, it may be in a position to help save someone’s life.”

Fair enough. But the sting in the tail comes when Goddard turns his attention to “Rendering Assistance”. This is the issue that provoked so much argument after Ichi Ban applied for redress after sending up two flares to attract the attention of Celestial which had not been responding to VHF or Satphone calls for 90 minutes.

Ichi Ban was granted just 3 minutes of redress, but there are plenty of dockside pundits who’ve been quick to criticise the skipper of Ichi Ban, Matt Allen, for even applying for the adjustment. Goddard’s statement pulls no punches:

“The first fundamental rule of the World Sailing and Australian Sailing Racing Rules of Sailing (RRS) states “a boat, competitor, or support person shall give all possible help to any person or vessel in danger.” We are all responsible for ensuring races are run in a safe manner.

“When racing, the RRS look to ensure you are compensated accordingly through redress. When it is possible a boat is in danger, World Sailing Case 20 states that any boat that provides help is entitled to redress. This applies to a boat whether requested or not, or if it is later found that there was no danger.

“The ability to seek redress is essential so that a yacht is not discouraged from providing assistance to another yacht.”

Meanwhile, for those who might still have reservations about the actions of Ichi Ban, may we suggest you listen to Episode 144 of the Bar Karate sailing podcast, available via buzzsprout.com.

Will Oxley, who was navigator on Ichi Ban, is interviewed about the incident. He provides a level of context and blow-by-blow detail that all the faceless keyboard warriors would do well to consider. The relevant section begins at 34 minutes.