all oysters, no pearl 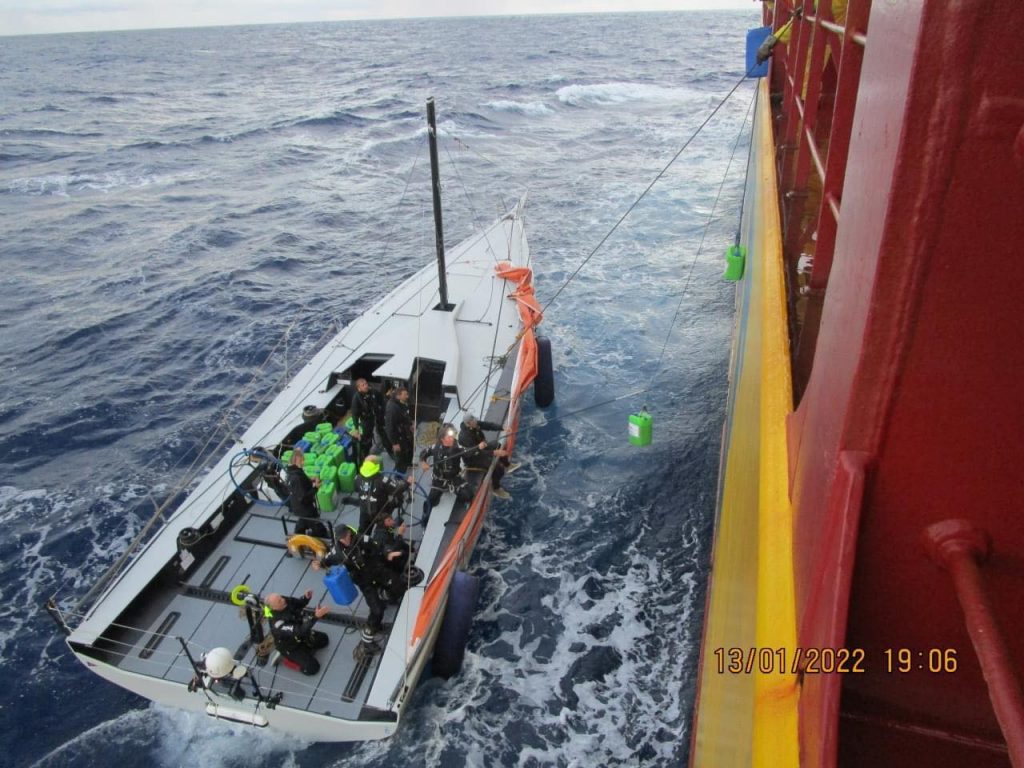 On 12 January 15:32 UTC January, four days into the RORC Transatlantic Race, the Botin 56 Black Pearl (GER) with eight crew on board, contacted the RORC Race Team to retire from the race due to a broken mast – all of the crew were well. The nearest land was the Canary Islands, 800nm east of their position. About three meters of the rig was left and the highly experienced team got to work, making a jury rig and turned their bow east to motor/sail to safety.

Black Pearl’s biggest issue was fuel to run the engine for propulsion and also to produce electricity for navigation and the water maker. According to the race rules, Black Pearl had enough water on board to make landfall. Read on.