where the rubber meets the…ocean 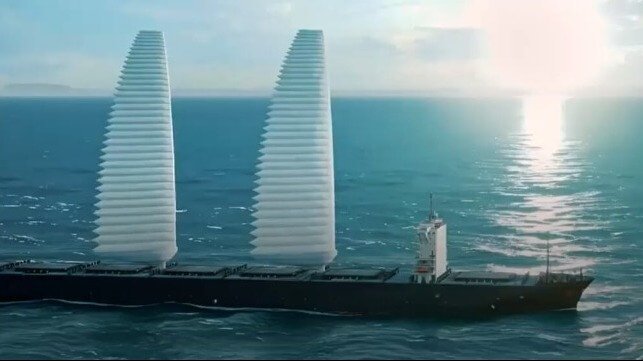 France’s Michelin Group, best known for its long history of innovations in tires, announced that it is moving forward with its designs for an inflatable wing sail system that the company hopes will bring the same level of innovation to commercial shipping and pleasure boats reducing fuel consumption and emissions. Announced in mid-2021, the WISAMO system has undergone its first tests and the company has an agreement to install a smaller scale prototype on an operation commercial ship in mid-2022.

The WISAMO (Wing Sail and Mobility) concept was developed jointly by Michelin’s research and development department in collaboration with two Swiss investors and involves famed French long-distance sailor, Michel Desjoyeaux, the only person to twice win the Vendée Globe race.  Read on.

the tienpont of no return?