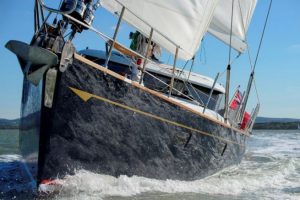 No matter how robust the big sailboat market is, not everyone survives…

Discovery Shipyard , based in Lymington, has been placed in voluntary liquidation. The directors of the Discovery Yachts and Southernly Yachts yacht builder have appointed Neil Gosteow and Stephen Absolom of Interpath Advisory as liquidators.

Since December 2021, difficulties had been made public. The owner, Werner Schaebele, who became the sole holder of the capital in December 2019, through his Binti Marine holding company, had publicly announced that he would no longer invest in the company, making it impossible to turn the company around in the short term.

The company, which employed 80 employees and eight apprentices in January 2021, has since lost employees. Its directors left the company in early January 2022. Read on.

did someone say IOR…?