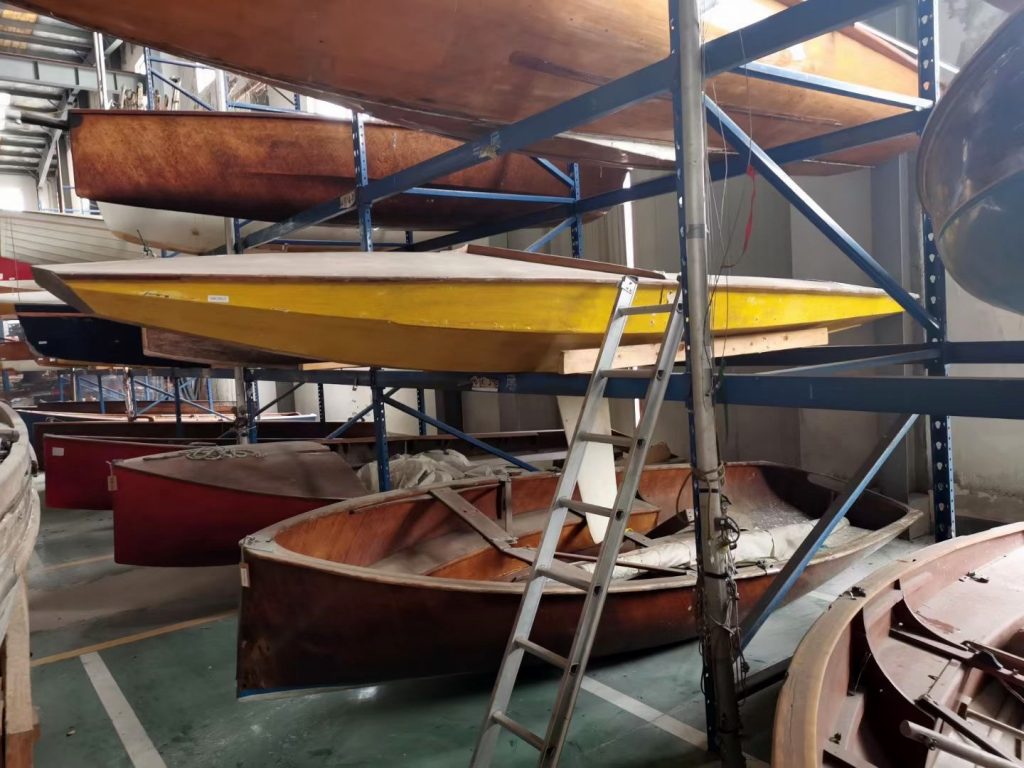 A few weeks ago a Chinese sailing official friend visited a museum in Ningbo dedicated to former Chinese sailing boats. It has the grand title of “Institute of Ancient Chinese Ships” but from the outside looks just like a warehouse, nothing grand. Inside it is full of smaller Chinese sailing boats and models of some of the grander junks, some with up to seven masts (there are a couple of these still sailing on Lake Tai to the north of Shanghai)

Knowing my interest in all forms of sailing and that, in China, sail was used on a commercial basis up until as recently as 40 years ago he took several photographs and sent them to me. Don’t yawn yet!  It was kind of interesting with some boats clearly hundreds of years old then the next photo showed the rack of dinghies pictured above.

The one in the middle is a relatively – I said relatively – modern International Fireball designed in 1961 by Peter Milne and actually built in a much earlier barn in the UK.

Under her is what appears to be an old International 14 and along the racks is ample evidence that the plumb bow is far from a modern invention. On another rack there is a pile of rolled-up sails and they clearly don’t recognize the significance of this part of their collection. There must be at least 20 ‘western’ dinghies in what would be a significant addition to a ‘western’ small boat museum and frankly some I have no clue about.

I will have to get over to Ningbo and take many more photographs and measurements to figure out just what they have.

Goodness knows what I will find when I eventually get to visit. The big question is just how did they find themselves here as many are clearly of a vintage close to when the China of today was being ‘born’ and their concerns would have been much more about feeding the population and of course just how on earth have so many of them survived.

not dead but definitely dying