red flags in the sunset 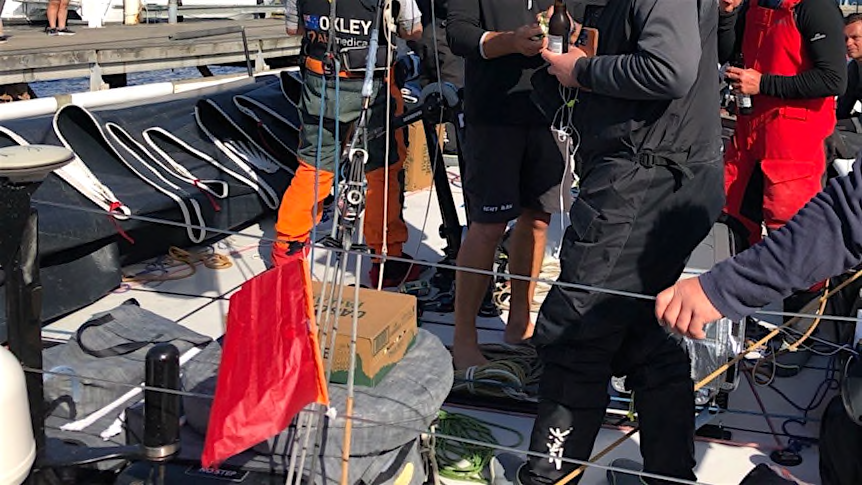 There’s been plenty of comment that Ichi Ban’s post-protest victory in the 2021 Sydney-Hobart was “a shitty way to win a boat race”.

Nobody enjoys lodging protests on technical grounds. But rules are rules, and when a breach relates directly to a boat’s safety and communications obligations then there are implications for the whole fleet, and offshore racing in general. That’s why the Sydney-Hobart Race Committee lodged their protest against Celestial.

The request for redress by Ichi Ban was a separate and minor claim. The fact the boats had finished so close together was an irrelevant co-incidence to the key issue of Celestial not responding to calls on VHF for a period of 90 minutes during the race.

The applicable rule in the Sailing Instructions could not have been clearer:

31.4  All boats shall maintain a continuous listening watch on VHF Channel 16 for the duration of their race.

Those are the words the International Jury took as their starting point when hearing the protest in Hobart last night.

Their task then was to establish what had actually happened. After a marathon hearing they found these facts:

*  Around midnight on 27 December the Race Committee received a phone call from the Australian Maritime Safety Authority (AMSA) notifying them that a Personal Locator Beacon (PLB) assigned to one of the crew on Celestial had been activated.

*  The Committee attempted to reach Celestial by sat phone but repeatedly received a “call could not be connected” error message. They then asked the closest boat, Ichi Ban, to contact Celestial on VHF16 to clarify their situation. There was no response to attempts at communication repeated at 5-minute intervals. (Quest also failed to raise Celestial on VHF.)

*  At around 00:57 Ichi Ban released a hand-held white flare to attract Celestial’s attention but received no response. Approximately 20 minutes later Ichi Ban then fired a red parachute flare after which Celestial contacted Ichi Ban via a handheld VHF on deck.

*  Celestial confirmed that the PLB activation was accidental and sent a text message to that effect to the Race Committee. The Race Committee then informed AMSA and the search and rescue aircraft on standby was stood down.

*  Celestial asserted that their VHF was turned on at all times, but that their engine and watermaker had been running at the time, the crew were fatigued and did not hear any attempts to contact them via VHF.

*  Ichi Ban did not cease racing or alter course as a result of the incident but the deployment of the two flares did temporarily affect their performance.

The Jury concluded as follows:

*  For the purposes of Rule 31.4 in the Sailing Instructions, “listening” was the ability to accurately receive and interpret messages, but either the equipment or the procedures on board Celestial resulted in her failing to maintain a continuous listening watch.

*  It was reasonable for Ichi Ban to assume Celestial needed help, and that it was possible their finishing position was made significantly worse by their compliance with their RRS 1.1 obligation to assist any person or vessel in danger.

A breach of this seriousness – with its obvious safety implications – might be expected to incur a major penalty. But the Sailing Instructions for the Sydney-Hobart offered the Jury some discretion:

Finding that the breach was accidental, the Jury added 40 minutes to the elapsed time of Celestial as an appropriate penalty in response to the Race Committee protest.

The effect of this was that Ichi Ban and Celestial swapped places on the IRC podium. Ichi Ban is now the 2021 Sydney-Hobart overall race winner with Celestial second.

What shouldn’t be forgotten is that Ichi Ban was then awarded a deduction of just 3 minutes from their elapsed time in response to their separate claim for redress. That tiny adjustment alone would not have changed the original finishing positions. In other words, it was the Race Committee protest, not Ichi Ban’s, which caused the final result.

No doubt dockside mythology will demonize Ichi Ban and her owner/skipper Matt Allen for decades to come – and cast Celestial as the victim of poor sportsmanship – but the facts speak for themselves.

And ask yourself this question: if you happened to fall overboard during a black night in big seas wouldn’t you like to think that the nearest boats were all keeping a proper listening watch on VHF?