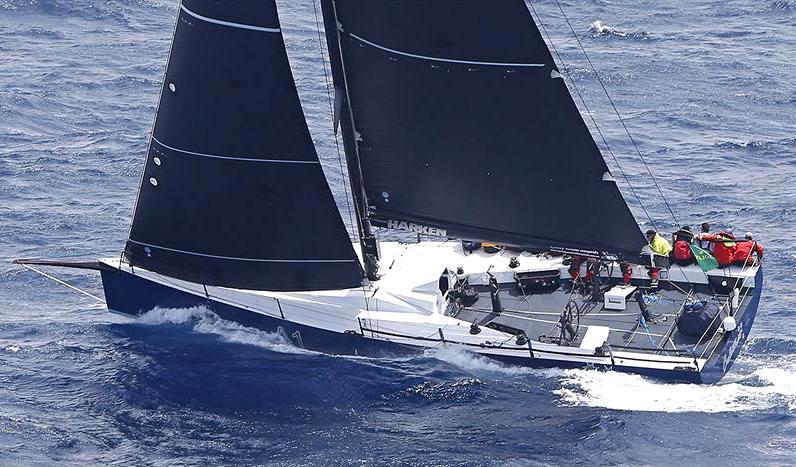 Just when we thought this year’s Sydney-Hobart would conclude without the customary controversy or allegations of skullduggery, along comes a protest that may well change who wins the overall trophy.

And just to make this latest drama particularly concerning, the protest comes from the Race Committee itself. They would not embark on such an unpleasant process unless they were extremely confident their protest would be upheld.

The boat being protested is Celestial (pictured above), the TP52 that edged Ichi Ban by just three minutes on IRC and looked well placed to win that division and ORCi.

The alleged breach of the Sailing Instructions (31.4) is that Celestial did not maintain a continuous listening watch on VHF 16 for a period of 90 minutes during the race.

The protest form lodged by the Race Committee describes the failure in these terms:

“Despite numerous attempts to contact Celestial over a 90-minute period, via numerous means, when attention was ultimately alerted via flares, which fortunately confirmed that the AMSA alerted PLB activation was false, after 90 minutes AMSA was to deploy a Melbourne based SAR asset to the position of Celestial.”

The form is signed by the Race Director, Lee Goddard, who also happens to be a Rear Admiral of the Royal Australia Navy. Heavy artillery indeed. Since the tragic 1998 Sydney-Hobart race, during which six sailors perished, the Cruising Yacht Club of Australia has taken any breach of safety and communication practices extremely seriously.

In this case it appears that the 90-minute radio silence prompted the Race Committee to request Ichi Ban, the nearest yacht to Celestial at the time, to send up a flare to attempt communication. Ichi Ban has lodged a parallel protest seeking redress.

Those protests will be heard by an International Jury in Hobart (and via Zoom) at 4:00pm today.

The most likely outcome is that Celestial will be given a time penalty, which is rarely less than one hour and can be as much as 20% added to a boat’s elapsed time. Ichi Ban could then be awarded a reduction in their elapsed time equivalent to the time they can establish they ceased racing to assist in the effort to contact Celestial.

Either way, the IRC result will change. – anarchist David