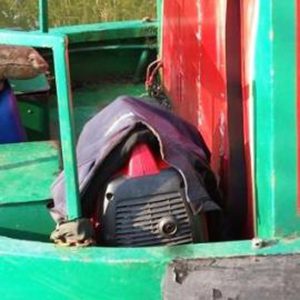 NOBODY likes to hear generators running at night on anchored, (or docked) boats. As I have mentioned before, we have a bit of a problem with that in La Playa Cove in San Diego. Boats that live at anchor in the free (or practically free) anchorages come over to the cove and anchor for up to 72 hours, Friday – Sunday. It provides a slice of (free) heaven from rocking in the outside anchorages.  I am not unsympathetic towards them.

I usually don’t care what they are up to (although some of it looks pretty shady – like people never coming up on deck all day), but a few of them not only have dogs that they let bark at will, but they run their generators, often at night. I don’t want to hear that noise pollution anytime, but especially at night.  It’s bullshit. And one hears that the Harbor Police are quite aware of nuisance laws, and will enforce them…

So I was happy to read that Cali is going to ban gas generators, mowers, and leaf blowers. Huzzah!!

But as I read further, not only does it not into effect until 2024, but it allows people who currently have the gas-powered ones to keep on using them, even after the bill becomes law! WTF?

So what that essentially means is that this bill is useless! Nobody gonna get electric – why should they – there is zero incentive to do so. How fucking stupid.

So all you dirtbags running your fucking generators on your barely afloat POS boats – mazal tov.

a cap full of wind