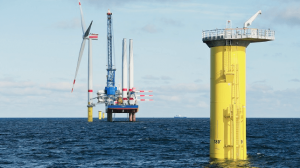 A new study from the American Clean Power Association suggests that the Biden administration’s plans for another round of offshore lease auctions could lead to $120 billion in investment and up to 128,000 jobs during construction. These new areas could support another 23-40 GW of offshore wind capacity – in addition to the 25 GW capacity potential of existing lease areas off the U.S. East Coast.

According to ACP, the Bureau of Ocean Energy Management (BOEM) proposal for seven new lease auction rounds – covering waters off California, Oregon, the Carolinas, New York, Maine, the mid-Atlantic and the U.S. Gulf – could generate up to $4.5 billion in federal revenue and add up to $85 billion to the GDP (over six years).