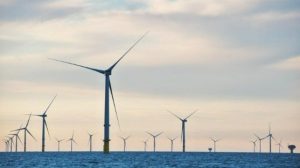 Offshore wind turbine manufacturer Vestas has become the latest victim of a cyberattack after its internal IT systems were targeted, shutting down part of its business operations.

The Danish company announced it is working round the clock to contain a cyber security incident that occurred on Friday, with efforts directed at assessing the situation and re-establishing its IT systems’ integrity.

“At this stage, the work and investigation are still ongoing,” said the company in a statement. The company added that there is no indication the incident has impacted third-party operations, including customer and supply chain operations.

The turbine maker’s manufacturing, construction, and service units remain in operation, although several operational IT systems have been shut down as a precaution. The company said it has already initiated a gradual and controlled reopening of all IT systems. Read on.

challenge of the ancients

what we all want