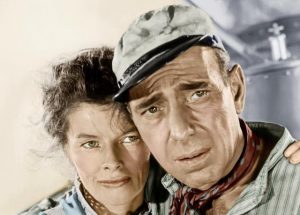 While the  America’s Cup groupies, glitterati, and paparazzi twist themselves into knots over this, we like to take a slightly different angle. Imagine that.

It has come to my attention that there is a certain amount of confusion regarding the Protocols just issued for the next America’s Cup. To allay any concerns, my good friend from New Zealand agreed to answer some questions at a meet-and-greet session at the Cripple Creek Sailing & Croquet Club last night.

Regrettably, I had a prior commitment in my position as Honorary Curator of the Bob Guccione Memorial Penthouse Centrefold Exhibition. But, as it happens, my beloved bride Tennille is quite fond of Mr. Dalton and they shared a few piña coladas after the presentation during which she was able to extract the following clarifications:

Nationality:  At first glance, the nationality provisions of the Protocol appear to be somewhat elastic. It seems that if you’re a good enough sailor, designer, boat builder, or computer programmer you can call yourself a “national” of any team no matter what passport you might carry.

In this respect, the America’s Cup is continuing the fine maritime traditions of that classic movie The African Queen in which Katherine Hepburn and Humphrey Bogart pass themselves off as English and Canadian although Hepburn sounded like a Boston socialite and Bogart talked with the accents of a Hoboken hobo. I was, however flattered when Bogie adopted my trademark captain’s hat as his chapeau of choice in the role (see above).

Racing: It appears that that the Defender and Challenger of Record have agreed to some minor changes to the traditional format of the America’s Cup. These have come in response to a suggestion by the television broadcasters that yacht racing is a trifle slow, and a difficult sport for the general audience to follow.

Consequently, all races for AC37 will begin with a rolling start similar to that used in NASCAR competition. Grid positions are to be determined by qualifying times, the toss of a coin or outright bribery. Each race will be from the starting line to the first mark only. No tacks or gybes are permitted. This should leave ample time for the TV commercials that are, of course, the most important part of the coverage.

Boats: The basic AC75 design of low-flying foiling monomarans is to be retained. However, after his fourth cocktail, my  New Zealand friend (whose speech was becoming increasingly slurred) confided in Tennille that a pedantic reading of the Class Rule, including all the fine print, can be construed in such a way as to indicate that the motive power of the boats – theoretically, at least – could be supplied entirely by its electrical and hydraulic systems. Technically, sails rigged on a mast will be optional.

Likewise, all the physical tasks and tactical decisions onboard can now be executed remotely by telemetry and radio control. Technically, “crew” are no longer required. They will likely be replaced by teams of specialist screen jockeys sitting at computers (with their baseball caps on backward) in either an office onshore, or their parent’s basement.

Bless her little cotton socks, Tennille then asked the obvious question: why would it be necessary to have actual boats at all in AC37? At this point my dear friend’s eyes rolled heavenwards, he slipped off his bar stool and slumped to the floor muttering a random succession of mumbled phrases such as “where will it all end” and “I should have quit after Bermuda”.