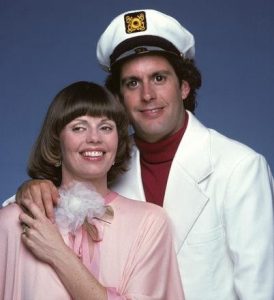 This is your Captain speaking.

It has come to my attention that there is a degree of disquiet over the recent decision by the Cripple Creek Sailing & Croquet Club to shorten the course of an offshore race after many of the competing boats had already crossed the original finishing line.

At first glance, this might seem a trifle strange or unfair. True, the yacht that by all reasonable measures had won the race was relegated to a lesser place and has challenged the race committee’s decision. They would seem to have a strong case.

But these things are never quite as simple as they might seem. As chairperson of the Protest Committee, it fell to me to make a final determination on the matter. Such are the awesome responsibilities of high command.

Regrettably, the appointed night of the hearing clashed with my prior commitment to officiate at the opening of the Cripple Creek Asian Massage & Hanky Panky Parlour. My beloved bride Tennille was, however, available to take my place and has reported the following decision of the Committee:

It seemed like a good idea at the time.

It was fun to see how such a bizarre decision affected the results.

96.8 The road to disaster is paved with good intentions.

The issues involved are of impossible complexity and beyond our comprehension.

The best buddy of the Commodore ended up winning, so all is well.

Can I say that these splendidly conclusive deliberations by the Committee are of such outstanding quality that they should serve as a model for any yacht clubs around the world that might find themselves in a similar situation?

all about the glue