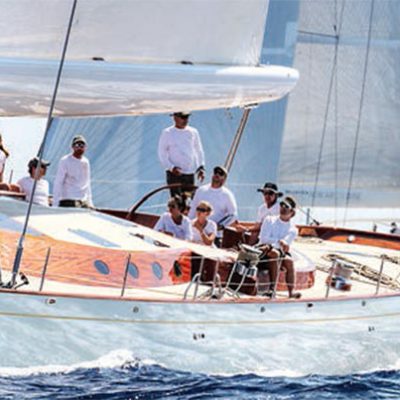 Almost as if a cork had been removed from a very expensive bottle of champagne – or perhaps prosecco – the Maxi world burst back into life with the first really large inshore event for nearly two years.

What better event than what has always been effectively the world championship of Maxi sailing, the Maxi Yacht Rolex Cup.

Earlier in the year we, as co-organisers with the Yacht Club Costa Smeralda, were expecting a lowish turnout for this event, in view of the ongoing Covid pandemic. There was apprehension verging on trepidation after the last-minute cancellation of the 2020 edition.

Much careful preparation had been done covering all the potential restrictions, including national and local public health rules. The atmosphere in the days leading up to the event was electric. Many crews had come early for training having been so long away from the action; plus there were the new crew made necessary with travel from the isolated Antipodes having been made almost impossible.

With 44 boats the Maxi class was suddenly the largest we have ever had, having absorbed the larger Wallys who for the first time did not have the numbers for a separate class. This caused some anxiety before the event where some believed there could never be fair racing within the larger group. Initially, we too were worried how it would turn out but were very keen to try it. Read on.

this is how you do it